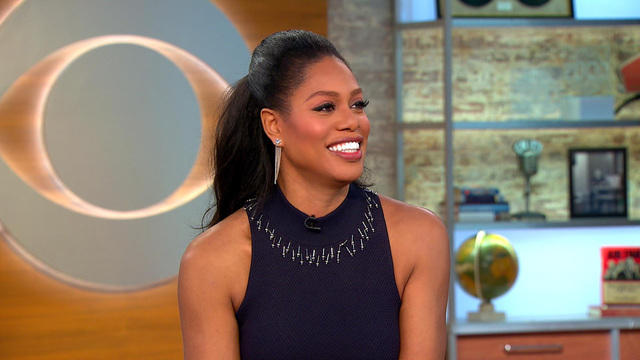 It’s mostly music’s hottest stars who steal the show on Grammy night with their extravagant performances and eye-catching red carpet looks, but one teenager you might least expect also grabbed headlines this year.

Before introducing Lady Gaga and Metallica onto the stage, actress Laverne Cox gave the teen a special shout-out, telling the audience: “Everyone, please Google ‘Gavin Grimm.’ He’s going to the Supreme Court in March. Hashtag stand with Gavin.”

Gavin was born female but identifies as male. With the principal’s permission, he began using the boys’ bathroom at Gloucester High School in Virginia. But a couple of weeks later, the school board mandated students use either the bathroom that corresponds with their biological gender or a private, single-stall bathroom, following parental complaints.

Gavin sued the school board, arguing the policy violates Title IX, a federal law that bars sex-based discrimination in schools. On March 28, Gavin is poised to make history when he takes his fight to the Supreme Court – marking the first time the court would hear a case on transgender rights.

“Could you imagine being 17 years old, having to go to the Supreme Court to fight for the same rights as anybody else?” Cox said on “CBS This Morning” Tuesday.

Cox said she gave the surprise shout-out to Gavin out of frustration that his story wasn’t getting enough attention.

“What people should know about these bathroom bills that criminalize trans people — like criminalize me using the women’s room — is that these are not about bathrooms; they’re about whether trans people have the right to exist in public space,” Cox said. “If we can’t access public bathrooms, we can’t go to school, we can’t work, we can’t go to health care facilities. This is about public accommodations and… public accommodations are always key to civil rights.”

In another major “first,” Cox is becoming the first transgender person to play a trans character in a leading role for network television, for the new CBS drama, “Doubt.”

“It makes me really excited about the next person who gets to do it, because I wouldn’t be here if it weren’t for people who came before me and who made me believe that this is possible,” Cox said.

Her role as a Cameron Wirth, a Yale-educated defense attorney, she said, was one she always wanted.

“I actually know a lot of trans folks in real life who are attorneys and the law has always fascinated me. And what happens in the court room can influence law, can influence public policy,” Cox said. “The adversarial nature of the courtroom has inherent drama and I’d like to think I’m a smarty pants and I’d love to... showcase that on national TV. And people can see that trans folks... we have to tell our story in new and different ways and so people get to see us in a new light.”

Referencing back to Gavin’s story, Cox also said her “dream” was to argue a case before the Supreme Court on the show. Cox also aims to tackle misconceptions and stereotypes about transgender individuals, such as with her upcoming romance scenes.

“I’ve always wanted to see a love story between a straight identified man and a trans woman,” Cox said. “People always have all these misconceptions about the men who date trans women, so I just wanted to see that story because that’s what I’m living.”

But her excitement didn’t calm her nerves.

“It’s a guy that I’m not dating in real life, he’s an actor,” Cox said. “I didn’t ask him if he kissed a trans woman before. I was like, ‘What are you comfortable with,’ though. You always want to make sure the boundaries are — everything’s professional. So its just a nerve-wracking thing.”

She also discussed the pressures of portraying what she said the show script described as “the hottest hotness that has ever existed.”

“So we have to make it like really hot,” Cox said. “And I think I can make it hot. You’ll have to watch ‘Doubt’ and tell me if we made it hot.”