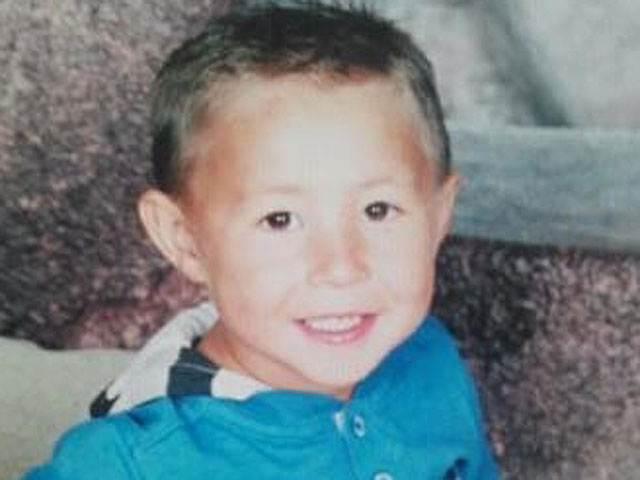 CARLSBAD, N.M. - Crews are trying to reach a child's body, believed to be that of a missing 4-year boy, discovered wedged into a deep and narrow hole in the backyard of a southern New Mexico home.

Carlsbad police said Sunday that they are fairly sure it's the body of Samuel Jones, who was reported missing from his home next door Saturday.

An Amber Alert that had been in effect for him was canceled Sunday night.

"We have reports of one missing child, and this child is right next door to the missing child's house," Carlsbad police spokeswoman Lt. Jennifer Moyers said, while adding that authorities cannot be positive the body is Samuel's until the body is retrieved.

A specialized search and rescue team from Roswell was headed to Carlsbad at midday to oversee the operations. State police said the recovery could take a day.

"It's a little tricky in that you have to start to dig kind of away from the hole and dig at a slant until you get down deep enough to go laterally," Moyers said. "They're going to have to put in retaining so that the dirt doesn't cave in on what they've dug out."

A renewed house-to-house search had just started shortly after daybreak Sunday morning when a detective found the 14-inch-wide hole in the backyard of the home next door to Samuel's house, Moyers said.

The detective shined his flashlight down the hole and saw what appeared to be a body dressed in clothing Samuel was last wearing, Moyers said. Searchers later sent a camera down the hole and confirmed a child was about 30 feet down. Temperature and oxygen levels were later taken and showed no signs of life.

"The conditions are not favorable, not survivable," Moyers said.

The boy's mother and father were told of the discovery and were at the scene.

There is no indication of foul play, and police know of no history of child abuse at the home, but detectives are treating the case as a homicide as a precaution, Moyers said.

Samuel lived in the home with his parents and two older siblings, a boy and girl ages 6 and 7, Moyers said. Some young cousins were at the house Saturday when the boy was last seen playing in the yard.

The rural neighborhood is a mix of homes and vacant lots, and a 4-foot chain link fence separates the boy's home from his neighbor's. It's possible the boy could have climbed the fence and simply fallen into the hole, which was dry and may be deeper than where the body was wedged, Moyers said. There are no curbs or sidewalks in the neighborhood on the city's south side.