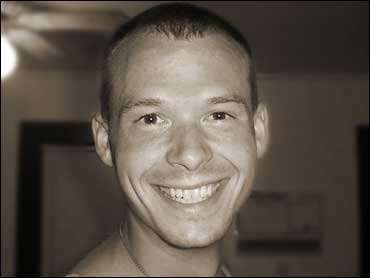 A third U.S. service member has been determined to have been electrocuted in a shower in Iraq, and Navy criminal investigators are investigating, The Associated Press has learned.

Late last year, the Armed Forces Institute of Pathology changed the manner of Cedergren's death to "accidental," caused by electrocution and inflammation of the heart. The Naval Criminal Investigative Service has reopened an investigation into his death, Ed Buice, a NCIS spokesman, said Monday.

Cedergren's death is among 18 electrocution deaths - 16 U.S. service members and two military contractors - under review as part of a Department of Defense Inspector General inquiry. Improperly installed or maintained electrical devices have been blamed in some of the deaths, while accidental contact with power lines caused others.

The inquiry primarily involves electrical work done at a facility where a Green Beret, Staff Sgt. Ryan Maseth, 24, of Pittsburgh, was electrocuted while showering in January 2008.

Cedergren - a medic - was found in an outdoor shower stall in Camp Iskandariyah, Iraq, not breathing and without a pulse.

His brother, Barry Cedergren, said his family initially suspected he'd been shocked because, according to reports shown to the family, witnesses told investigators that some service members had reported being shocked in the shower.

He said military investigators took a second look at the case after a request from former Sen. Norm Coleman, R.-Minn.

"We're looking further into what our options are," said Barry Cedergren, of Ramsey, Minn.

Maseth's death was initially considered accidental, but is now classified by Army investigators as "negligent homicide" caused by Houston-based contractor KBR Inc. and two of its supervisors. An Army investigator said the contractor failed to ensure that "qualified electricians and plumbers" did the work. The case is under legal review.

NCIS spokesman Buice said he could not comment on evidentiary issues such as who was maintaining the shower where David Cedergren died.

Another service member electrocuted in Iraq while showering in a U.S.-maintained facility was identified in a congressional report as Army Cpl. Marcos Nolasco, 34, of Chino, Calif. Investigators concluded he was electrocuted when an ungrounded water heater shorted, the report said.