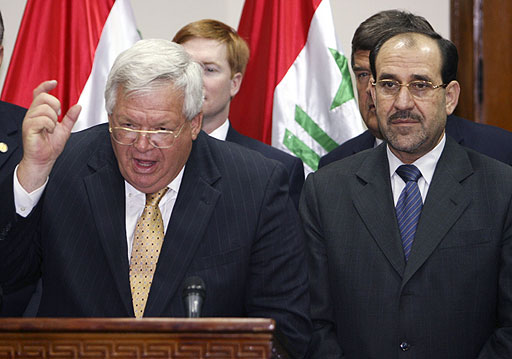 Nicaragua's leftist Sandinista leader Daniel Ortega conceded defeat Monday in presidential elections he had hoped would return him to power 11 years after his revolutionary government was voted out of office.

"We will respect the people's mandate," Ortega said, adding that the elections had been "extraordinary" with "a massive and exemplary turnout."

Opinion polls had shown Ortega running neck and neck with conservative ruling party candidate Enrique Bolanos going into Sunday's election and there were concerns that a slow vote and a tight race could cause tensions, or even post-election violence.

But Ortega said he fully accepted the vote returns that had him trailing Bolanos by several percentage points.

Ortega swept to power in a 1979 revolution and his socialist government then fought U.S.-backed Contra rebels in a bitter civil war that killed some 30,000 people in the 1980s.

He was ousted from office in 1990 elections and lost again six years later, but he kept control of his Sandinista party and, with the country in economic crisis, opinion polls had showed him running neck and neck with Bolanos going into Sunday's election.

But the results indicated that Ortega failed to convince voters of his transformation from a Marxist revolutionary to a free market believer.

The turnout was so great that election officials said some voters were still queued up to cast ballots at 11:30 p.m. Sunday — 5½ hours after the lines to vote were closed nationwide.

"I was struck by the fact that in nearly every single village we could see long lines of people who were waiting to vote," said U.S. Rep. David Dreier, a California Republican who was part of a congressional observation group that toured the country by helicopter.

Former U.S. President Jimmy Carter was among thousands of local and foreign poll watchers scattered across the nation of 5 million people to monitor what was expected to be a tight and tense election.

Once a socialist revolutionary who wore olive-green uniforms as president, Ortega sought to soften his image, campaigning in pink shirts and with the slogan "the path of love."

His earlier governments followed socialist policies, confiscating property, jailing opponents and drafting tens of thousands of youths to fight U.S.-backed rebels while trying to bring jobs and food for all.

Ortega has vowed to follow market-based policies and to seek good relations with the United States. He said his government would include several people who had been jailed by the Sandinista government of the 1980s. But U.S. officials openly tilted against him, expressing concern about his party's past ties to terrorists and its past socialist policies.

The Liberals' Bolanos, 73, is a former vice president who saw most of his businesses confiscated during the Sandinista era.

Bolanos promised to continue the free-market policies of outgoing President Arnoldo Aleman, but with a greater emphasis on fighting corruption. llegations of shady dealings stained the reputation of the outgoing government.