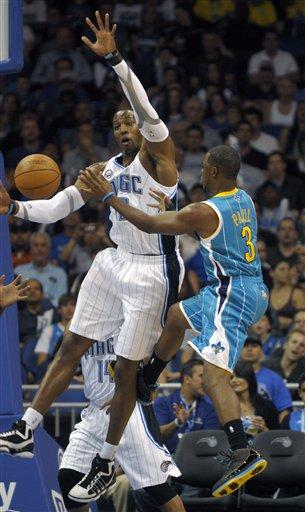 The government isn't pressing charges against a flight instructor and student who veered into the Capitol's no-fly zone Wednesday, despite a noontime red-alert and mass-evacuation of government buildings it caused.

The small plane strayed within three miles of the White House, leading to frantic evacuation of the executive mansion and the Capitol with military jets scrambling to intercept the aircraft and firing flares to steer it away.

The pilot and student, en route from Pennsylvania to an air show in North Carolina, were taken into custody after their flight sparked a frenzy of activity that tested the capital's post-Sept. 11 response system.

The government decided not to press charges after interviewing the men and determining that the incident was an accident. "They were navigating by sight and were lost," said Justice Department spokesman Kevin Madden.

Officials had been concerned because the plane appeared to be "on a straight-in shot toward the center of the Washington area," said Capitol Police Chief Terrance W. Gainer.

The plane was picked up on federal radar when it was 21 miles away from the White House, and once it reached 10 miles out, the alert level on Capitol Hill jumped to orange, CBS News Chief White House Correspondent John Roberts reports.

President Bush, biking with a high school friend at the Patuxent Wildlife Research Center in Beltsville, Md., was unaware of the midday, 15-minute scare as it was occurring.

At the Capitol, lawmakers, tourists and reporters raced out of the building, dodging the speeding motorcades of Latin American leaders who had been meeting with members of Congress. House Speaker Dennis Hastert, R-Ill., was hustled to a secure location. Police, rushing to get House Minority leader Nancy Pelosi out of the building, lifted her out of her shoes.

Sen. Charles Schumer, D-N.Y., told CBS News he was in a senate phone booth when he heard about the alert.

"Someone bangs on the glass of the phone booth and says, 'Get out, get out!'" Schumer said.

At the Supreme Court, guards told some people to leave the building while others were shepherded into the underground parking garage, where Justices John Paul Stevens, Sandra Day O'Connor and Stephen Breyer were seen chatting. At Treasury, an announcement on the loudspeaker advised employees to move to a shelter.

The State Department was an exception. The building was not evacuated even though officials knew about the threat, and Secretary of State Condoleezza Rice conducted a television interview unaware of the plane.

The incident began at 11:28 a.m., when Federal Aviation Administration radar picked up the aircraft, a small two-seater Cessna 150 with high wings. The aircraft breached the security zone over Washington, prompting alerts across the city.

CBS News Correspondent Bob Orr reports that air traffic officials say, despite the elevated warning level on the Hill, they never viewed the Cessna as a real threat. For one thing, it was detected nearly a half-hour before the evacuation was ordered.

Gainer said the first alert went out when the plane was 21 miles — 17 minutes — from the city.

"You see flares, you know that things are not going well for you that day," said Maj. Douglas Martin, spokesman for the North American Aerospace Defense Command in Colorado Springs, Colo.

The plane then turned to the west and the warplanes escorted it to the Frederick Municipal Airport in Frederick, Md., where the two men aboard were taken into custody and questioned by Secret Service, FBI and local authorities.

"If he wouldn't have responded, intentionally or not, he could have been shot down," said Master Sgt. John Tomassi of NORAD.

But Roberts reports that the pilots of the fighter jets never requested authority to shoot down the small plane. If they would have, it might have been a difficult decision for authorities due to the congestion of the urban area below.

The plane was registered to Vintage Aero Club, a group of people who fly from Smoketown Airport in Pennsylvania's Lancaster County, said club member Merv King. Former club member John E. Henderson said the plane was to be flown by Jim Sheaffer of Lititz, Pa., and student pilot Troy Martin, of Akron, Pa., to an air show in Lumberton, N.C.

Some aviation officials question the need for alarm, Orr reports. Officials tell him that a plane as small as a Cessna could not cause significant damage or injuries.

While one security official said "the government had no choice but to treat this as an imminent threat," another mocked the hair-trigger response, saying officials "are predisposed to over-reaction."

Washington's Reagan National Airport has been closed to general aviation, the non-airlines planes, since the Sept. 11, 2001, terrorist attacks. In the 3½ years since then, hundreds of small planes have flown within the restricted airspace around the capital — a 15 3/4-mile radius around the Washington Monument.

However, it's rare for fighter jets to be scrambled in response.

In the most dramatic previous incident, thousands of people fled the Capitol, packed with members of Congress and other dignitaries, when a plane flew into the restricted airspace just before the funeral procession for President Reagan last June.

A communications breakdown led federal officials to believe the plane might be targeting the Capitol, but it turned out to be carrying Kentucky Gov. Ernie Fletcher, who had been cleared to fly into the area.