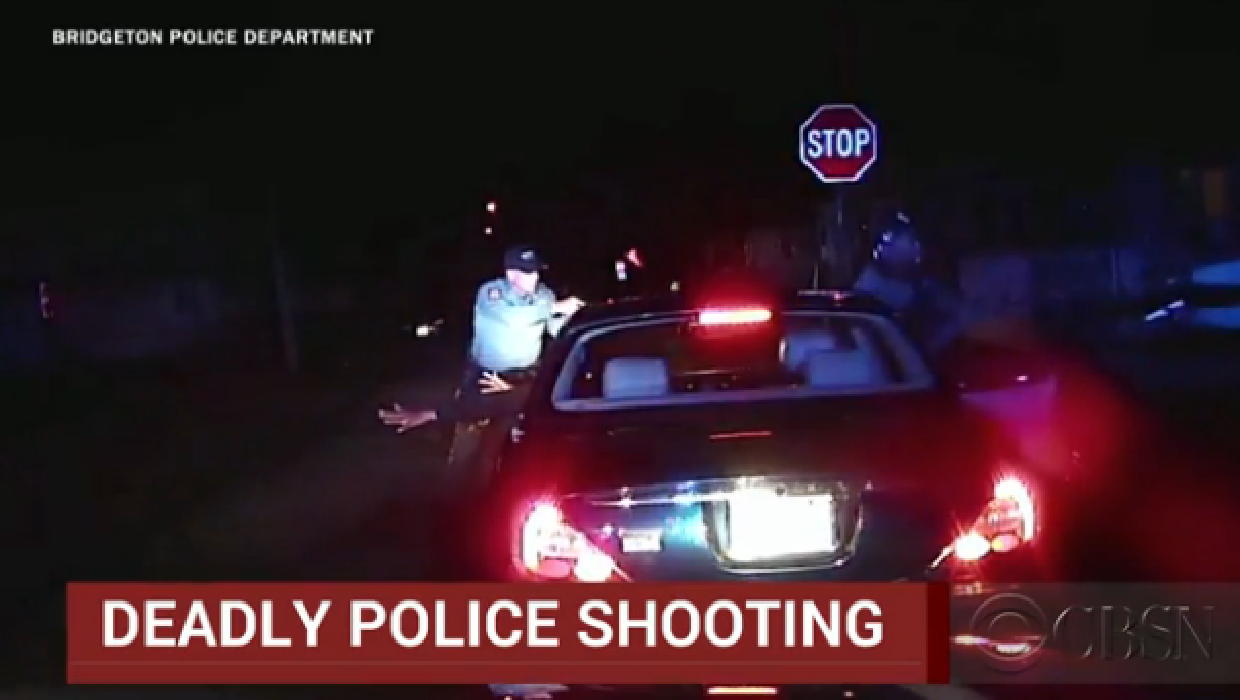 BRIDGETON, N.J. -- A grand jury has voted not to file charges against two police officers for fatally shooting a man who defied orders by stepping out of a car with his hands raised during a traffic stop. It was a killing captured by their patrol car's dashboard camera, prosecutors said Thursday.

The officers told investigators that they feared for their lives during the December 2014 stop of 36-year-old Jerame Reid, according to a statement from the Cumberland County Prosecutor's Office. The officers had arrested Reid in August 2014 on charges of resisting arrest and knew he had served about 13 years in prison after being convicted as a teenager of shooting at state troopers, investigators said.

Screaming repeatedly "Don't you f---ing move!" and "Show me your hands!" at Reid, who was sitting in the passenger seat, Officer Braheme Days reached into the car and removed a handgun.

"I'm going to shoot you!" Days shouts, at one point addressing Reid by his first name. "If you reach for something, you're going to be f---ing dead."

Days tells his partner, "He's reaching for something."

Faintly on the video, Reid can be heard telling the officer: "I ain't doing nothing. I'm not reaching for nothing, bro. I ain't got no reason to reach for nothing."

The video shows Reid getting out of the car with his hands up, but Days - who was holding both his service weapon and the recovered gun - told investigators that he believed Reid "had a weapon or was planning to take the handgun(s) out of his hands." Police said Reid did not follow orders to stay in the car, reports Philly.com.

Reid was unarmed when he was shot, his family has said, according to Philly.com. No additional weapon was found in the car, reports the website.

Prosecutors say Days fired seven shots and Worley fired once. The shooting lasted approximately 2 seconds and Reid was hit in the chest and left arm, according to prosecutors. Days is black, Worley is white and Reid was black.

The announcement that no charges would be filed comes amid national scrutiny of police dealings with African-Americans, especially those killed by officers.

Cumberland County First Assistant Prosecutor Harold Shapiro said the grand jury was instructed on potential criminal charges against the officers and the state's rules for justified force. On Wednesday, the jurors declined to indict the officers. Prosecutor Jennifer Webb-McCrae recused herself because she knew Days.

The shooting in Bridgeton, where two-thirds of the residents are black or Hispanic, stirred protests and opened up a rift between the police department and residents in the city of 25,000 people about 35 miles south of Philadelphia.

Walter Hudson, chairman of the National Awareness Alliance, which has organized protests in Bridgeton over the shooting, said the group was disappointed but not surprised by the grand jury's decision. He said the group will ask the U.S. Department of Justice to investigate.

"What is surprising about this case is the fact it took this long to arrive at an already preconceived idea to not indict police officers," Hudson said. "The culture of policing in America clearly shows we must push for police reform."

Reid's widow, Lawanda, filed a $1 million federal civil rights lawsuit accusing the city of condoning excessive force by its officers. She also reached a tentative settlement against the county for $340,000 for abuse Jerame Reid had earlier said he suffered in prison.

Conrad Benedetto, Lawanda Reid's attorney, said in January that the video raised "serious questions as to the legality and/or reasonableness of the officers' actions that night" because Reid raised his hands. Benedetto didn't immediately return a call seeking comment Thursday.