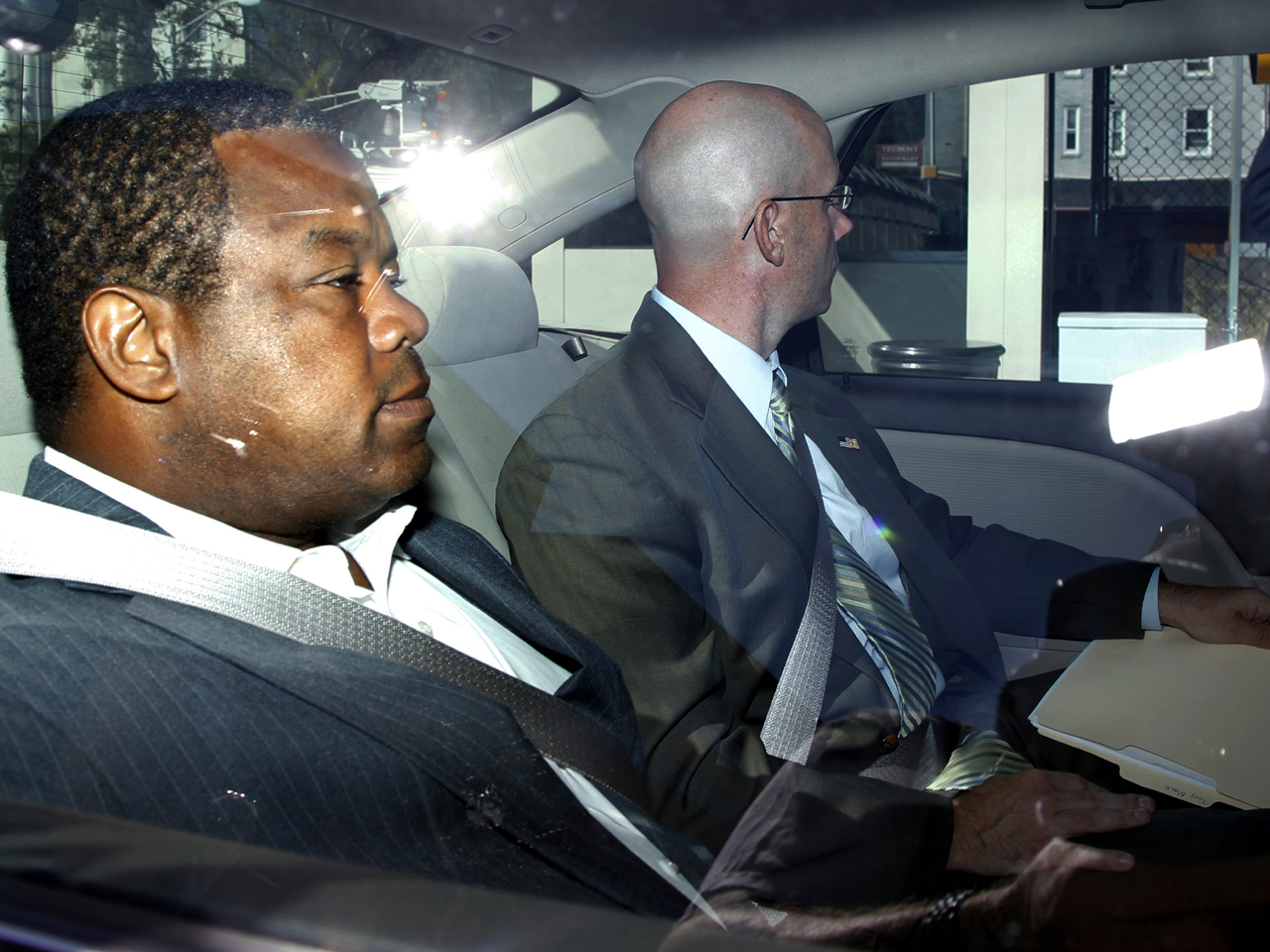 (CBS/AP) TRENTON, N.J. - The mayor of New Jersey's capital city has been released from federal custody on $150,000 bond after being arrested on a charge of corruption.

Federal agents arrested the mayor of New Jersey's capital early Monday as part of an ongoing corruption investigation into bribery allegations related to a parking garage project that was concocted as part of an FBI sting operation.

They also arrested his brother Ralphiel and convicted sex offender Joseph Giorgianni, a Mack supporter who owns a Trenton sandwich shop, for conspiring to obstruct, delay and affect interstate commerce by extortion under color of official right.

Federal prosecutors alleged Mack agreed to use his influence in connection with a proposed parking garage in the city. The garage was made up — a fake project created by investigators to try to capture Mack, who has financial problems and attracted legal scrutiny since he took office.

Mack's lawyer, Mark Davis, said he believes the evidence presented in the criminal complaint against his client is "insufficient" to get a conviction.

U.S. Attorney Paul Fishman said at a news conference Monday that the city-owned land for the garage was assessed at $271,000. He said Mack and Giorgianni agreed to accept $100,000 for the land for the city coffers — as long as the purported developers paid a bribe of $100,000 to be split between the two alleged conspirators.

Federal agents began working with an informant to gather information on Mack and the others in September 2010, just two months after Mack took office. Fishman would not say when the investigation began or why.

Fishman said investigators quickly understood the relationship between the mayor and the sandwich shop owner: "It became clear he was a bagman for the mayor."

The defendants received $54,000 and anticipated accepting an additional $65,000 from a cooperating witness who purported to be a developer, according to court documents that laid out the sting.

The criminal complaint portrays Giorgianni as a boastful man who did most of the talking with two FBI informants — one who was cooperating to get a better deal in his own criminal case, another who was paid.

The sting was similar to the massive "Bid Rig" sting that resulted in criminal charges against 46 people — many of them local officials — in 2009. Then, bribes were attached to fictitious development projects. Prosecutors have had mixed success in winning convictions.

Giorgianni complained at one point that Mack, 46, could not take bribes because he was being watched so closely, the documents said. "It's sickening," he told one of the informants, according to the court papers.

"I like to make money for my friends," he said, according to the papers, and went on to reference infamously corrupt political boss William M. Tweed. "I like to do it like the Boss Tweed way. You know Boss Tweed ran Tammany Hall?"

He was also caught on tape telling one of the informants: "One thing about the Mack administration — when I say that, it's me and Mack — we're not greedy. We're corruptible. We want anybody to make a buck," and "I'm there to buffer the thing where, you know, take the weight ... going to jail's my business. It ain't his."

By contrast, when Mack was recorded, it was mostly just to say he'd meet someone or exchanging pleasantries. But in April, he was recorded at a meeting with Giorgianni and one of the informants saying: "I really appreciate what you guys have done for us. I appreciate your support and, like before, I support you and I'll keep on supporting you."

The complaint also said that $2,500 in $100 bills with the serial numbers of those given to Giorgianni were found in a search of Ralphiel Mack's home in July.

Mack's administration has been in turmoil from Day 1, staggering from one crisis to another. A housecleaning of staff at City Hall opened the door for Mack's own appointees, who quickly turned it into a revolving door.

Under an agreement reached last year, the Democrat may hire department heads only from a pool of applicants the state offers or he risks losing $6 million in state aid.

Under state law, he would be forced out of office if he is convicted. But activists in Trenton would like to see him step down immediately. "If he were smart, he'd resign," said Jerell Blakely, a former campaign manager for Mack who is now a critic. Blakely predicted Mack would not step down on his own.

The mayor and his brother could each face 20 years in prison if convicted.

Giorgianni and eight others were charged separately Monday with a scheme to distribute oxycodone from the sandwich shop, and he was also charged with weapon possession by a convicted felon. He went to prison in the 1980s on charges of carnally abusing and debauching the morals of a 14-year-old girl in the back of his shop.

The case gained notoriety because of weight-related health problems that got Giorgianni, a steakhouse owner who once claimed to tip the scale at over 500 pounds, released and led a prosecutor to charge he "ate his way out of jail."

He faces up to 50 years in prison if he's convicted on all charges.