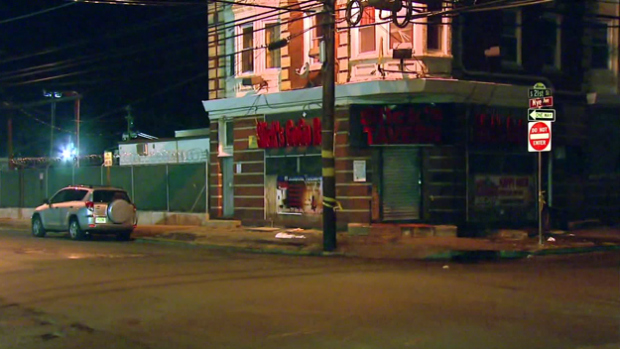 IRVINGTON, N.J. - Police are investigating an overnight shooting at a bar in northern New Jersey that left three men dead and two others wounded.

CBS New York reports the shooting happened just after midnight on Christmas outside Slick’s Go Go Bar in Irvington, in an industrial area a few blocks from the Garden State Parkway.

One of those killed is the bar owner’s son, according to the station.

A witness tells WABC-TV in New York that shots erupted after a fight broke out on the steps of the club.

Initial reports indicated that police were looking for a grey car that fled the scene. No arrests were immediately announced.

The names of the victims haven't been released, nor the condition of the two men who were wounded and taken to the hospital.

The motive for the shooting is unclear.