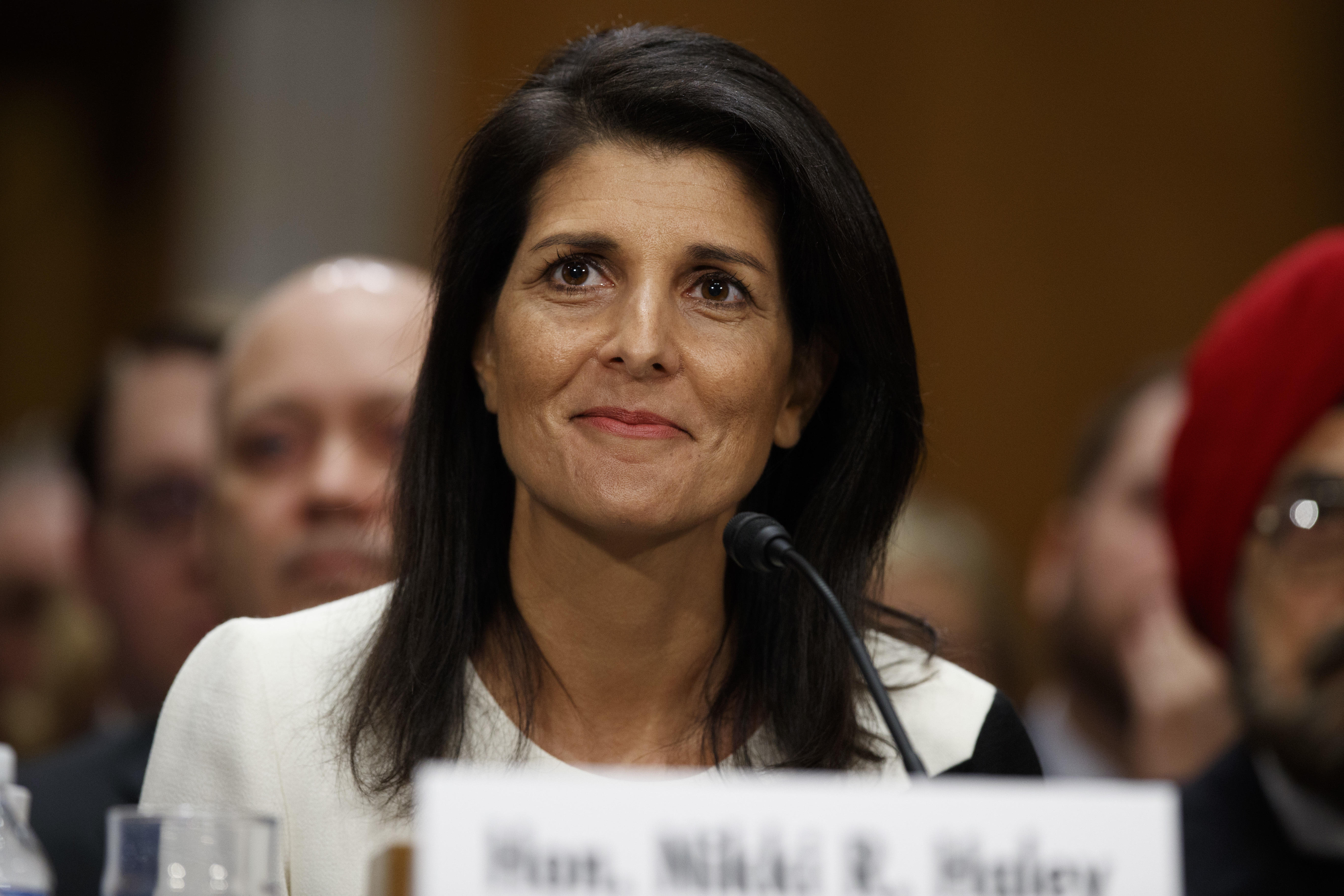 Nikki Haley, the newly instated U.S. ambassador to the United Nations, said Thursday that sanctions against Russia over annexing Crimea from the Ukraine would remain in place, as President Trump seeks common ground and a warmer relationship with Russian President Vladimir Putin.

“Crimea is a part of Ukraine,” Haley said during her first appearance at the United Nations Security Council. “Our Crimea-related sanctions will remain in place until Russia returns control over the peninsula to Ukraine.”

The ambassador gave further harsh condemnation of Russia’s “aggressive actions,” urging an immediate cessation of the country’s three-year-long occupation of Crimea. Fighting has escalated in eastern Ukraine in recent days, resulting in an increase of civilian deaths over the weekend.

“We do want to better our relations with Russia,” she said, in an apparent nod to Mr. Trump’s overtures to Russian leader Vladimir Putin. “However, the dire situation in eastern Ukraine is one that demands clear and strong condemnation of Russian actions.”

“This escalation of violence must stop,” Haley added. “The United States stands with the people of Ukraine who have suffered for nearly three years under Russian occupation and military intervention.”

Haley’s comments come just as other sanctions on the Russian Federal Security Service (FSB) have already been modified by the U.S. Treasury. On Thursday, a senior treasury official told CBS News that the easing of business restriction would allow U.S. companies to deal with the FSB in a “limited fashion.” The revision of the sanctions means that companies selling electronics with low-level encryption technology will now be able to sell their wares in Russia but not Crimea.

In January before his swearing in to the White House, Mr. Trump suggested that he would also be open to lifting the sanctions imposed on Russia over Ukraine in exchange for a nuclear arms reduction agreement.