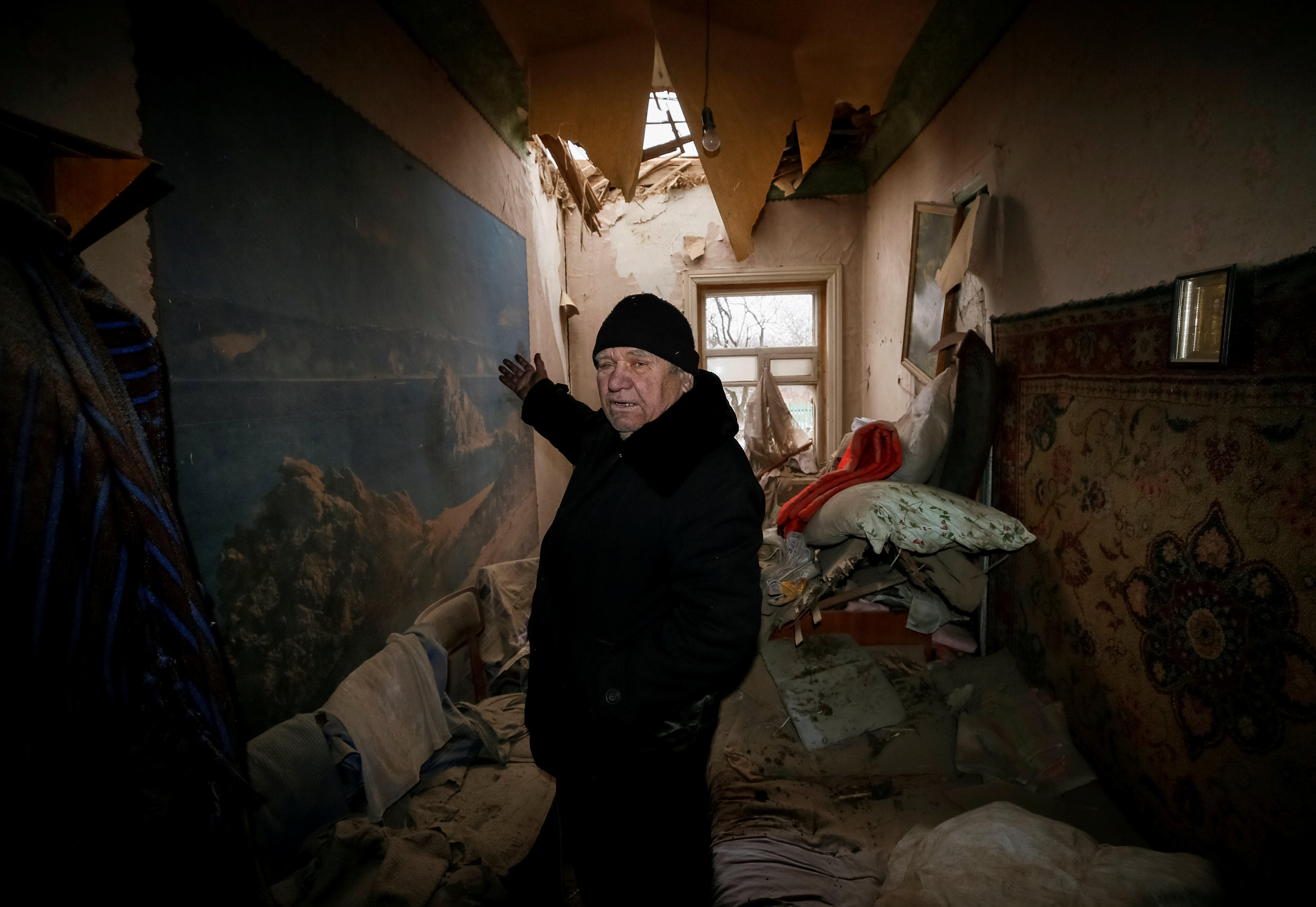 AVDIIVKA, Ukraine -- Salvos of artillery shook eastern Ukraine on Thursday, the fifth day of escalated fighting between government troops and Russia-backed separatist rebels. Two Ukrainian troops were killed overnight and 10 others wounded, the government said, while rebels said one of their fighters was killed.

Shelling appeared to intensify after nightfall and both sides reported civilian deaths -- two in Avdiivka and one in Donetsk city.

Reporters for The Associated Press heard Grad rocket launchers fired on both sides of the conflict during the night. In the afternoon, shelling was heard in the distance from Avdiivka, a government-held town just north of Donetsk, the largest rebel-controlled city.

At least 15 people have been reported killed since the fighting around Avdiivka surged over the weekend.

More than 9,700 people have been killed since the war with separatist rebels began in April 2014. An agreement reached nearly two years ago called for a cease-fire and a pullback of heavy weaponry by both sides, but skirmishes persist.

Russian President Vladimir Putin said on Thursday that Ukraine is trying to present itself as a victim of aggression, accusing the Ukrainian government of attempting to squeeze money out of the U.S. and Europe, CBS News’ Holly Williams reported. But the latest violence could also be Russia testing the new administration in Washington, and an American president who says he wants a better relationship with Moscow.

Senator John McCain urged President Trump in a letter on Thursday to arm Ukrainian government forces, saying that Russia is testing the president and is trying to destabilize and dismember Ukraine.

Ukraine is concerned that President Donald Trump could roll back some sanctions imposed on Russia for its actions in Ukraine, and that European Union members could follow suit.

“The Ukrainian leadership needs money, and the best way to get the EU, the U.S. and international organizations to pay is by posing as a victim of aggression,” Putin said in Budapest after a meeting with Hungarian Prime Minister Viktor Orban.

Later Thursday, U.S. Ambassador to the U.N. Nikki Haley condemned Russia’s “aggressive actions” in eastern Ukraine and warned Moscow that U.S. sanctions imposed after its annexation of Crimea will remain until the peninsula is returned to Ukraine.

The new American envoy said it was “unfortunate” that she had to condemn Russia in her first appearance at the U.N. Security Council, saying “we do want to better our relations with Russia.”

But Haley said “the dire situation in eastern Ukraine is one that demands clear and strong condemnation of Russian actions.”

Shelling over the weekend damaged water, heating and electricity supplies in Avdiivka amid a strong cold snap. Residents’ nerves were raw.

“I was born in 1941. I was in a war at birth and now I see it again,” said Valentina Pasternak, as she stood on her porch clutching two loaves of bread brought by aid workers. A shell had landed in her yard.

By Thursday, water and heat had been partly restored, but Avdiivka remained without electricity.

In Brussels, European Union President Donald Tusk urged Moscow to pressure the separatists to make sure the flare-up of fighting ends and a cease-fire is restored.

“Russia should use its influence to disengage the Russia-backed separatists,” Tusk said.

U.N. Undersecretary-General Jeffrey Feltman called on international community to help revitalize peace negotiations between Ukraine’s government and the separatists to prevent the current crisis from becoming “a catastrophe.”

The United Nations’ political chief told the Security Council that since Jan. 7, and especially in the last few days, there has been “a dangerous intensification of the conflict” between government and rebel forces in eastern Ukraine.

He said European monitors on Wednesday reported over 10,000 explosions in the eastern Donetsk region over 24 hours, the highest number ever recorded.

Feltman said the monitors from the Organization for Security and Cooperation in Europe also registered frequent use of heavy weapons banned by the Minsk peace agreements.

He noted damage to houses and schools in populated areas of Avdiivka, which is a government-held town just north of Donetsk, the largest rebel-controlled city. He said the damage raises “serious concerns about possible violations of international humanitarian law by all sides.”