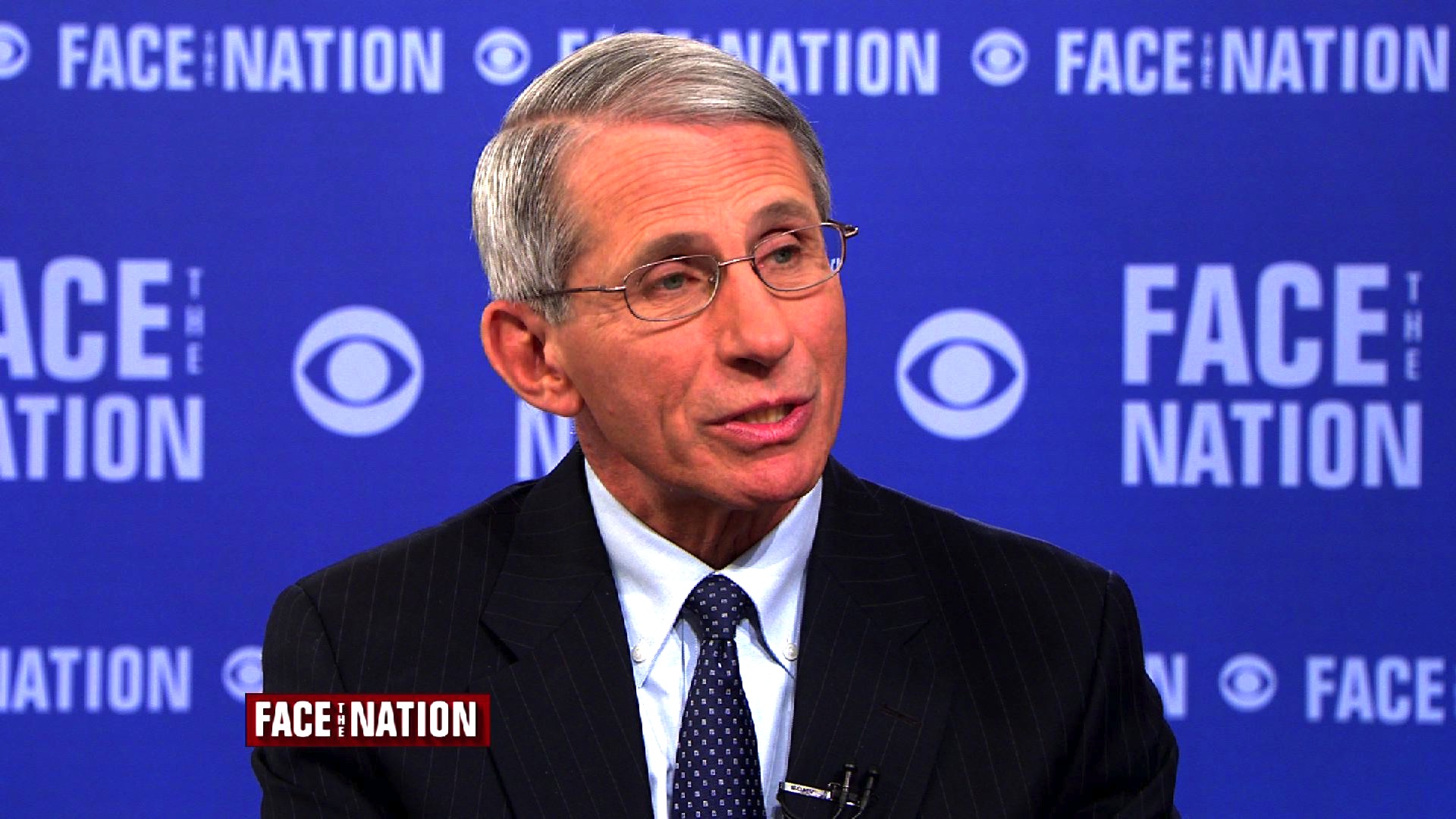 Anthony Fauci, the head of the National Institute of Allergy and Infectious Diseases at the National Institutes of Health (NIH), warned that the "blanket" quarantines being instituted for people traveling from West Africa to the U.S. could have a chilling effect on efforts to stop the Ebola virus at its source.

"The idea of a blanket quarantine for people who come back could possibly have a negative consequence of essentially disincentivizing people from wanting to go there," Fauci said on CBS' "Face the Nation" Sunday. "The best way to protect Americans is to stop the epidemic in Africa, and we need those healthcare workers to do that. So to put them in a position where when they come back that no matter what they're automatically under quarantine can actually have unintended consequences and that's the reason we're concerned about that."

New York Gov. Andrew Cuomo and New Jersey Gov. Chris Christie announced Friday that passengers returning to the U.S. from West Africa at three New York-area airports will be subject to a mandatory 21-day quarantine if they are determined to be at high risk of having the virus. The state of Illinois also announced similar measures later. The quarantine will be required for any individual who had direct contact with those stricken by Ebola in Liberia, Sierra Leone, or Guinea, including medical personnel who treated patients with the disease.

Kaci Hickox, the first traveler quarantined under the new policy, has been sharply critical of the way she was handled and put into quarantine upon returning to the U.S.

"In the airport she felt that she was really was not treated with respect. In fact she said at one point she felt like she was being treated like a criminal," said CBS News Chief Medical Correspondent Jonathan LaPook, who spoke with Hickox. "I understand there's a debate on the one side and we've heard that about whether there should be mandatory quarantine. But what I'm learning from them is on the other side, there should be no debate about whether we treat returning healthcare workers who were there heroically with compassion and with respect."

Fauci said that effective protocols for monitoring those who might have been exposed to Ebola should be tailored "according to scientific evaluation of the risk."

"When you put everyone in the same basket, that's the thing that we're concerned about," he said.

Fauci reiterated that the Ebola can only be contracted by coming into contact with the bodily fluids of someone who is already showing symptoms of the virus. Regarding concerns that the latest U.S. Ebola patient, Craig Spencer, visited a bowling alley before he began showing symptoms of the disease, Fauci said there is "essentially no risk" of transmission.

"We've got to...continue to be aggressive in our educating people to understand. Because right now, we have a devastating epidemic in West Africa, and we're having an epidemic of fear in the United States," Fauci said.