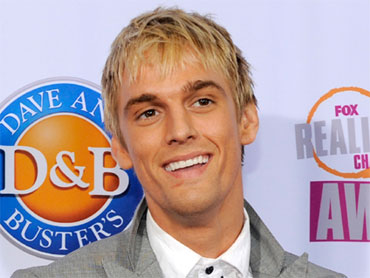 The collapse of the storybook political marriage between Andrew Cuomo and Kerry Kennedy Cuomo is being played out publicly and bitterly in the New York press.

"This separation is amicable, and the couple does not wish to comment further," the statement said.

That seemed a sensible approach in view of the fact that the couple has three children: 9-year-old twins, Cara and Mariah, and 6-year-old, Michaela.

But that wasn't the way the Cuomo camp chose to handle the break up.

The first public shot was fired by Cuomo's lawyer, Harriet Newman Cohen, who said her client "was betrayed and saddened by his wife's conduct during their marriage."

Any possible doubt about the meaning of that statement was erased on Wednesday, when sources described as friends of Cuomo provided the fuel for front-page stories in New York's tabloid newspapers, the Daily News and the Post.

A source identified as a close friend of Cuomo's told the Daily News that Cuomo Kennedy carried on an affair with "a married man Andrew considered one of his closest friends."

Under the headline, "Kennedy 'Betrayal'", the Post reported that Cuomo Kennedy, 43, continued the affair even after Cuomo, 45, learned of it. The information was attributed to unidentified friends of Cuomo.

Even before the latest blast of publicity, political observers were saying that a public airing of the couple's differences would be damaging to Cuomo's political career.

Cuomo, who served as President Clinton housing secretary, returned from Washington in 2001 to launch a bid to capture the gubernatorial seat once held by his father. But his candidacy never really got off the ground. Cuomo withdrew from the race when it became clear he could not even win the Democratic primary.

Cuomo is considered a potential candidate for governor again in 2006.

Veteran Democratic strategist Hank Sheinkopf said that while divorce is "not uncommon in public life anymore," the statement by Cuomo's lawyer had potential negative political consequences for Cuomo.

"It's important for Andrew Cuomo to be perceived as a good father in spite of the divorce and to avoid gossip wherever possible," Sheinkopf said. "That kind of statement doesn't help."

"Because he is married to a Kennedy, a rancorous (divorce) proceeding would provide grist for the gossip press and reduce his public stature," Sheinkopf added.

The crack up of the Cuomo-Kennedy marriage comes hard on the heels of a new book that claims John F. Kennedy Jr. and his wife, Carolyn, were having marital problems and were living apart when they died in an airplane crash in July 1999.

The August issue of Vanity Fair magazine contains excerpts from Edward Klein's new book, "The Kennedy Curse," which asserts Kennedy and his wife differed on whether to have a family, on drug use, on Kennedy's outgoing lifestyle and on their Manhattan apartment.

At times, each feared the other was being unfaithful, the excerpts say. Most of the information is attributed to unidentified friends of the couple.

"I don't recognize it," he told CBS News Early Show co-anchor Harry Smith Tuesday. "I have had all John's friends cooperating. This book has hairdressers and manicurists. These are not John's friends, all these anonymous sources."