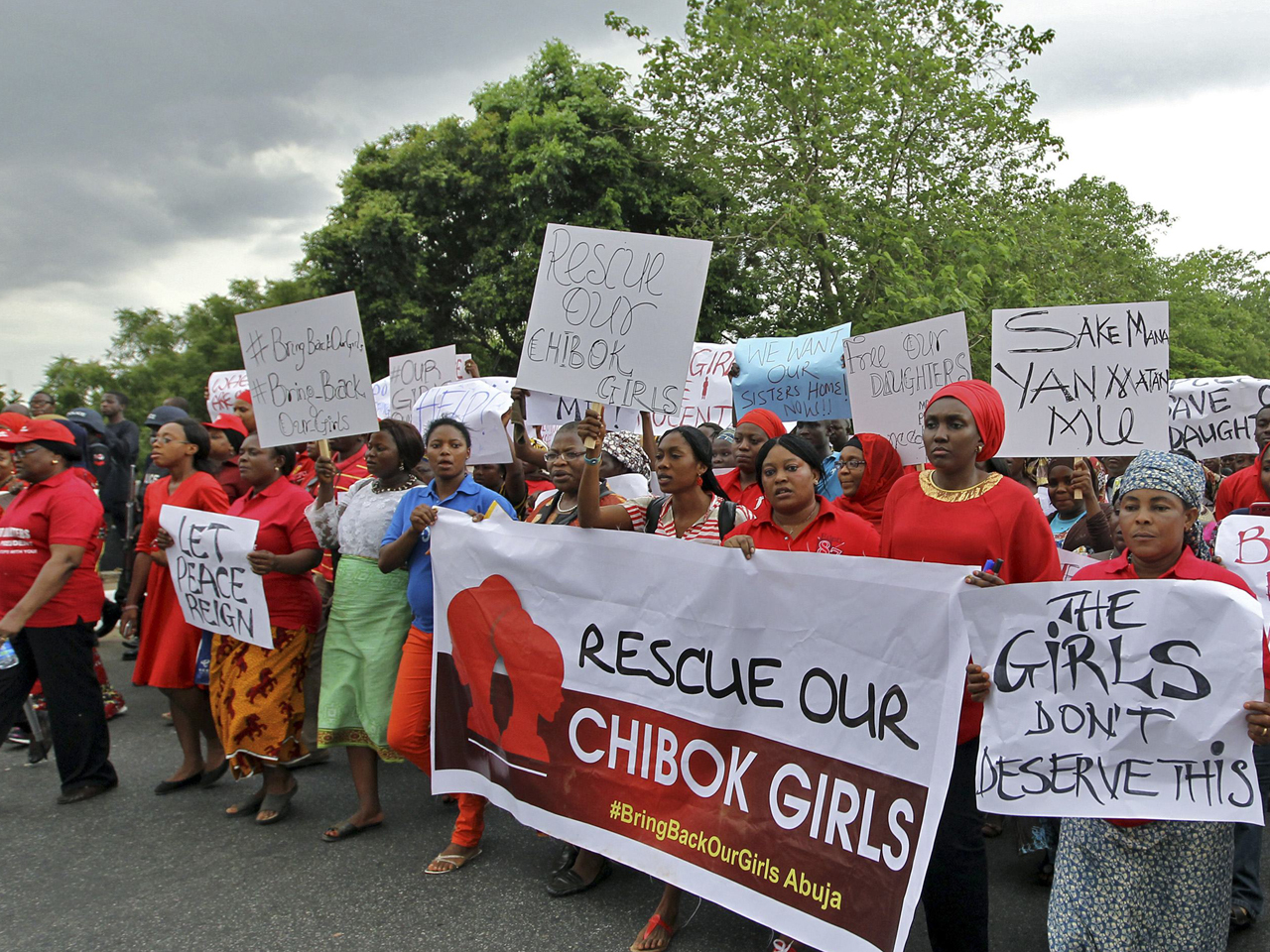 MAIDUGURI, Nigeria -- The number of kidnapped schoolgirls missing in Nigeria has risen to 276, up by more than 30 from a previous estimate, police said, adding that the actual number abducted by Islamic extremists on April 14 was more than 300.

Police Commissioner Tanko Lawan said the number of girls and young women who have escaped also has risen, to 53.

He told a news conference Thursday night in Maiduguri, the northeastern capital of Borno state, that the figures keep increasing because students from other schools were brought into one school for final exams last month after all schools in Borno state were shut because of attacks by Islamic extremists. Communications are difficult with the military often cutting cell phone service under a state of emergency and travel made dangerous on roads frequently attacked by the militants.

"The students were drawn from schools in Izge, Lassa, Ashigashiya and Warabe A. and that is why, after the unfortunate incident, there were various numbers flying around as to the actual number of girls that were taken away," Lawan said.

Hundreds of women protested in at least three cities this week to express their outrage that the girls have not been found.

Correspondent and CBS News contributor Debora Patta reported that the frantic parents have accused the military of providing them with no assistance.

Reports this week indicated some have been forced into "marriage" with their extremist abductors, who paid a nominal bride price equivalent to $12. Other reports that also could not be verified said some have been taken across borders, to Chad, Cameroon and to an island in Lake Chad. The reports come from parents and legislators who are in touch with villagers who have seen the girls with their abductors.

As the students, aged between 15 and 18, endure a third week of captivity President Goodluck Jonathan referred to them publicly for the first time at a May Day rally on Thursday. Jonathan, a southern Christian who has been accused of insensitivity to the plight of mainly Muslim residents of the northeast, vowed "we must find our missing girls" and "the perpetrators must be brought to book."

He said "the cruel abduction of some innocent girls, our future mothers and leaders, in a very horrific and despicable situation in Borno state is quite regrettable."

"We shall triumph over all this evil that wants to debase our humanity," he added.

Girls who have escaped say their captors identified themselves as fighters in the Boko Haram terrorist network, thought the extremists have not claimed responsibility for the abductions. Boko Haram - the name means "Western education is sinful" - believes Western influences have corrupted their society and only an Islamic state can restore purity to Africa's most populous nation of about 170 million people, divided almost equally between Muslims and Christians.

It's estimated that over 200 girls were abducted from the remote village of Chibok in the northern Nigerian state of Borno. Parents are so frustrated with what they say is a lack of government action that they have mounted their own search and rescue operation in the dense forest. Reliable information is difficult to get as local media and officials are scared to go to the area but this is what we do know.