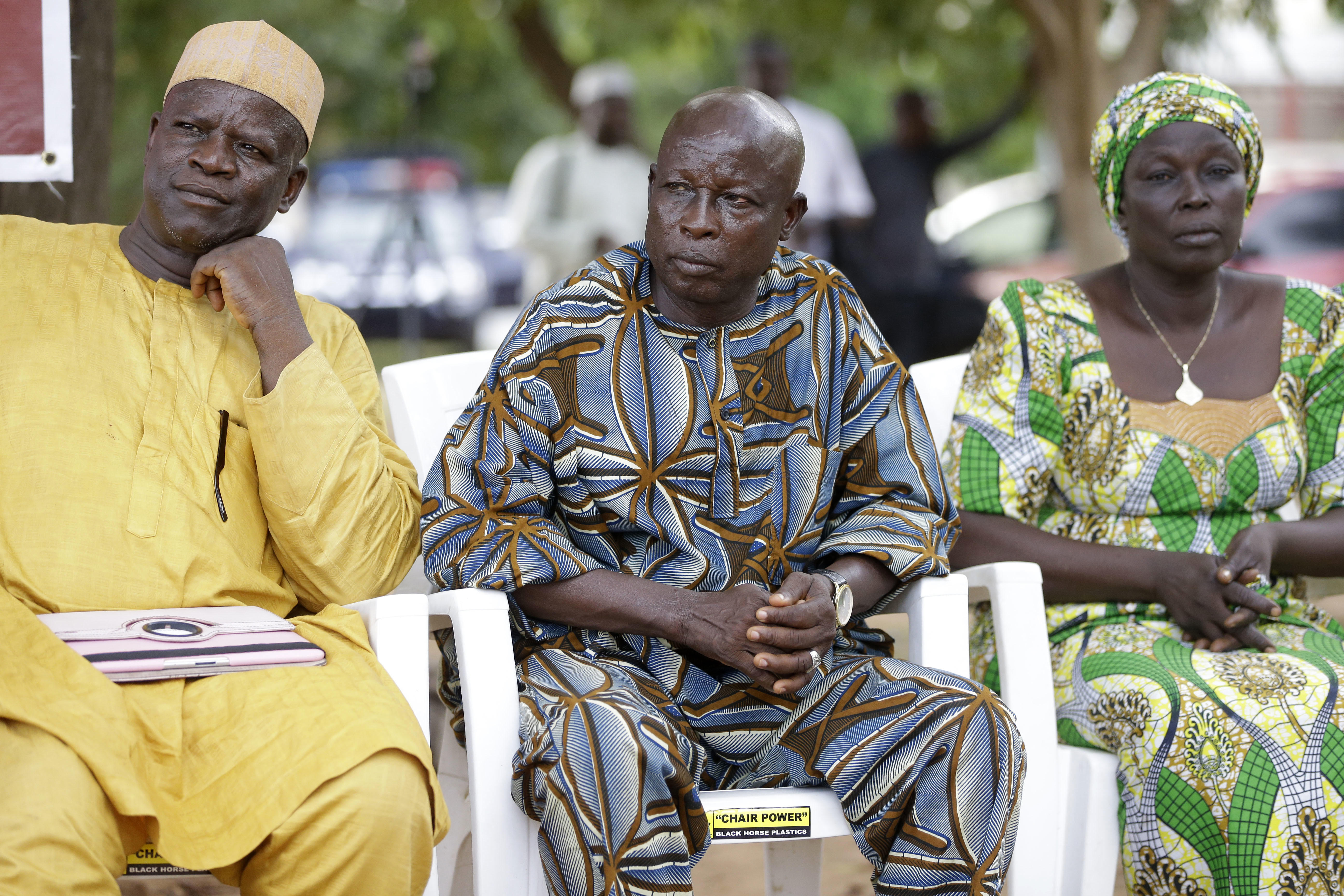 ABUJA, Nigeria -- Parents of the 82 Nigerian schoolgirls released over the weekend from Boko Haram captivity said Wednesday they still were awaiting word from the government on when they will be able to see their daughters.

One father said he was thrilled to find out his daughter was among those released in exchange for five Boko Haram commanders. But Abana Ishaya said he cannot travel the long distance from his home in northern Nigeria to the capital without the government's invitation and assurance that he will see her.

Boko Haram kidnapped 276 schoolgirls from the town of Chibok in April 2014, bringing the extremist group's deadly rampage in northern Nigeria to the world's attention. A first group of 21 girls was freed in October and they have been in government care since then, despite calls by families and human rights groups for them to be released to their loved ones.

"I'm very anxious to meet her so I can celebrate with her and others that were freed, and also to pray for the remaining ones who are still missing so they can be rescued," Ishaya told The Associated Press. "I really want to see my daughter, but I can't come unless with government invitation."

Families say 113 of the Chibok schoolgirls remain missing. They are among thousands kidnapped by Boko Haram during its eight-year insurgency that has left thousands dead and driven millions from their homes.

Nigeria's government has said the first group of 21 Chibok girls has been receiving medical attention, trauma counseling and rehabilitation. During a meeting with the 82 newly released schoolgirls on Sunday night, President Muhammadu Buhari promised that he personally would oversee their rehabilitation and that they would be able to pursue their education.

But families remain in Chibok, some 900 kilometers (559 miles) from the capital, Abuja.

Allen Manasseh, a spokesman for the Chibok parents, said he hopes the latest round of family reunions are better managed this time around.

"Some parents were airlifted from Chibok and brought to Abuja only for them to discover that it wasn't their daughters," he said, adding it was equally upsetting for the girls who thought they would see their loved ones.

The government "should open those girls up, you know, to their families to interact with, open them up to any other citizens or members of the global community that are ready to assist them," Manasseh said.

A group of United Nations human rights experts on Tuesday called on Nigeria's government to ensure the girls' rehabilitation and reintegration, saying release was only a first step in their recovery.

The International Committee of the Red Cross, which helped negotiate the girls' release along with the Swiss government, on Sunday said they soon would see their families.