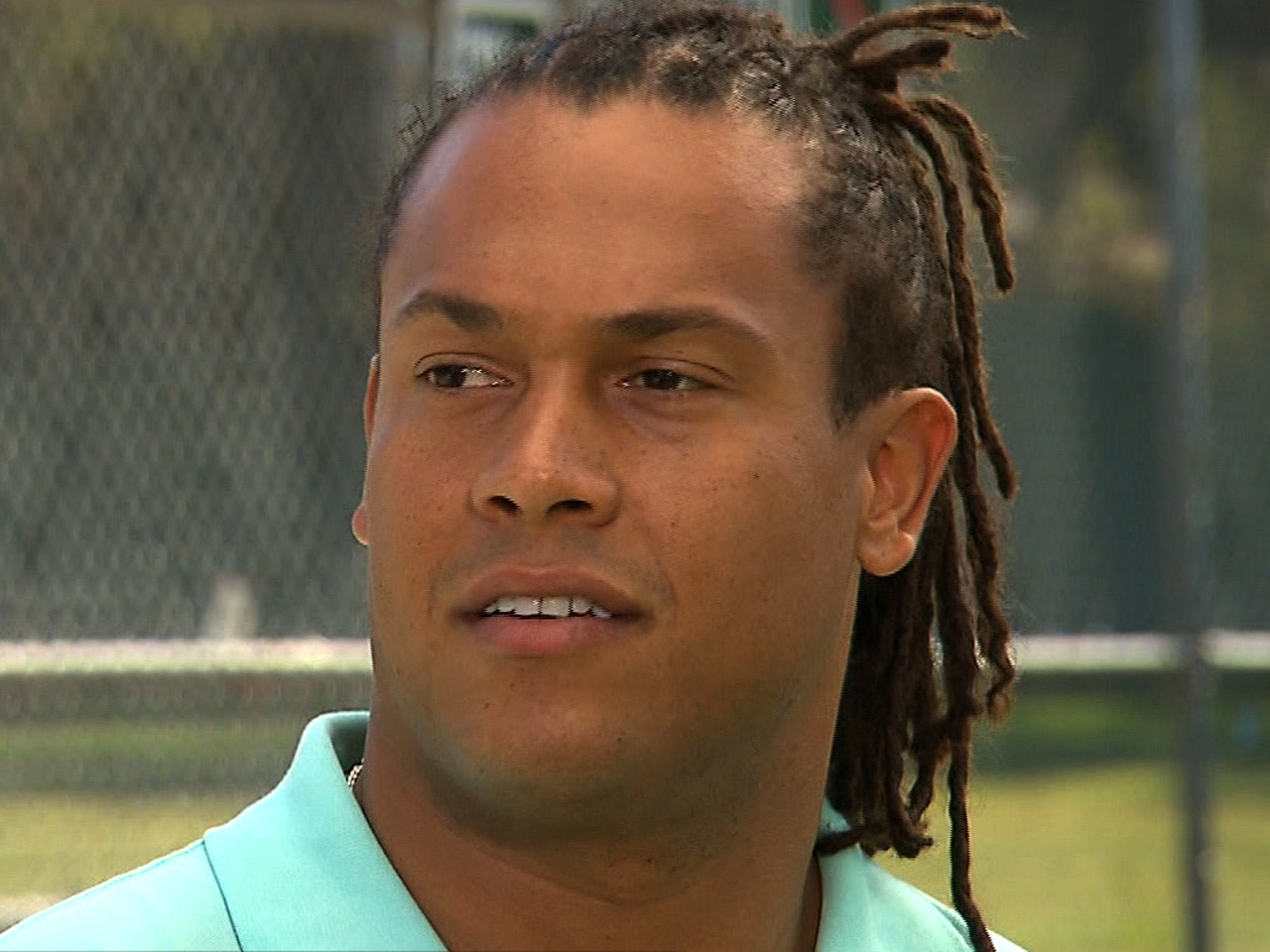 (CBS News) LOS ANGELES -- More than 3,000 pro football players, past and present, are suing the National Football League, claiming the NFL deliberately concealed information about the long-term effects of repeated hits to the head.

Offensive lineman Jacob Bell is not part of that case, but he's so concerned about head trauma that he's giving up football.

After 8 years in the league, Bell retired in his prime.

These days, his focus is on staying fit, keeping healthy, and recovering from past injuries.

"The first time you sprain your ankle, you're thrown off," Bell says.

But the injury that concerns him most is one he's not even sure he has - an injury to his brain.

"We're now seeing that there is clear-cut proof that the trauma incurred during football leads to problems later in life," Bell says.

It takes a big man to walk away from the fame and fortune of pro football.

This year, after four seasons with the St. Louis Rams, Bell signed with the Cincinnati Bengals for nearly $1 million - a steep pay cut from the $3 million a year he was making with the Rams. But he was playing the game he loved.

Then, like the rest of the NFL, he was shocked by the suicide of former star linebacker Junior Seau.

"It's kind of like an eye opener," Bell remarked. "We realized, you know, the game has an effect on you. And we don't know exactly all the things he was going through, his personal life or other factors that played into it, but we can imagine that football may have had some kind of a role in that."

Especially since scientists now link repetitive head injuries to chronic traumatic encephalopathy -- or CTE. The disease, which causes depression and early-onset dementia, was discovered in the brain of former Chicago Bears safety Dave Duerson after he killed himself in the same manner as Seau -- a gunshot to his chest.

In his suicide note, Duerson asked that his brain be donated to science to study whether the brutality of football was responsible for his mental problems.

"We're like modern day gladiators," Bell observed. "We sell our soul to a game for money, for fame, for glory. And at some point, you've kind of got to sit there and say, 'Is this still worth what I'm doing?"'

Bell's answer was no.

One week after Seau's suicide, he became the first NFL player to announce his retirement because of fears playing the sport he loves would result in long-term brain damage.

"I'm giving up at this point because I feel like I've reached a point in my career where I've done enough. ... I think the risk outweighs the rewards"

Has he suffered any concussions?

"I would say anyone who's played football has suffered a concussion," Bell responded. "I remember one time I had a concussion, you know, the feeling in my head lasted two-to-three weeks, and it's hard to sit out. It's hard to say, 'Hey Coach, I've got to sit out. My head hurts. I can't play right now."'

Bell says the competitive culture of the NFL discourages that, while encouraging ever-harder hits and ever-more violent play.

Bell concedes the league has started to address the issue, changing rules to cut down on helmet-to-helmet hits and even letting neurologists make the call on when players return following a concussion.

But research into CTE is in its infancy, and it's expensive.

The NFL has donated $1 million to the research. But Bell hopes the league will dig far deeper into its pockets.

Bell says he feels fine now. He hasn't sensed any long-term consequences from all the hits he took, but he knows that doesn't mean he won't in the future.

He hopes that, by walking away from the game he loves, he can be a voice for fallen "gladiators" like Dave Duerson and Junior Seau.

To see Bill Whitaker's report, click on the video in the player above.

In the November issue of Vanity Fair, the actress opens up about the celebrity photo hacking scandal

Aniston and Witherspoon on new show's message to men: "Watch yourself"
Thanks for reading CBS NEWS.
Create your free account or log in
for more features.
View CBS News In
CBS News App Open
Chrome Safari Continue
Be the first to know
Get browser notifications for breaking news, live events, and exclusive reporting.