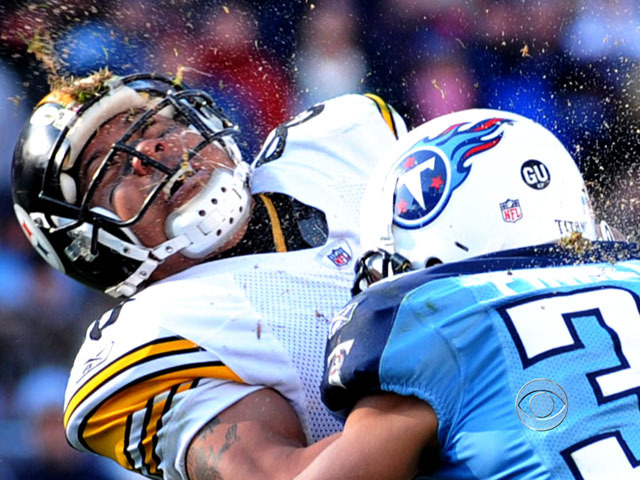 The plaintiffs include at least 10 members of the Pro Football Hall of Fame, including former Dallas Cowboys running back Tony Dorsett. They also include Super Bowl-winning quarterback Jim McMahon and the family of Pro Bowl linebacker Junior Seau, who committed suicide last year.

$675 million of the settlement is allocated to compensate former players for brain injuries and $75 million is slated to provide baseline medical exams, CBS correspondent Jim Axelrod reports. The payments are to occur over 20 years.

Many former players with neurological conditions believe their problems stem from on-field concussions. The lawsuits accused the league of hiding known risks of concussions for decades to return players to games and protect its image.

The NFL has denied any wrongdoing and has insisted that safety has always been a top priority.

Senior U.S. District Judge Anita Brody in Philadelphia announced the proposed settlement Thursday after months of court-ordered mediation. She still must approve it at a later date.

The settlement likely means the NFL won't have to disclose internal files about what it knew, when, about concussion-linked brain problems. Lawyers had been eager to learn, for instance, about the workings of the league's Mild Traumatic Brain Injury Committee, which was led for more than a decade by a rheumatologist.

In court arguments in April, NFL lawyer Paul Clement asked Brody to dismiss the lawsuits and send them to arbitration under terms of the players' contract. He said that individual teams bear the chief responsibility for health and safety under the collective bargaining agreement, along with the players' union and the players themselves.

Plaintiff Kevin Turner said he was thankful for the settlement, reports CBSSports.com's Ryan Wilson. The former Eagles and Patriots running back now suffers from ALS and will serve as the lead plaintiff for one group of retired players.

"The benefits in this agreement will make a difference not only for me and my family, but also for thousands of my football brothers who either need help today or may need help someday in the future," Turner said. "I am grateful that the NFL is making a commitment to the men who made the game what it is today."

CBS Sports correspondent James Brown told Scott Pelley on "CBS Evening News" that the settlement is also good for the "78 percent of players who leave the league within two years" and "are facing bankruptcy," citing a 2009 study.

Critics of the settlement, however, say the NFL isn't paying up enough. CBS Sports analyst Jason LaCanfora wrote in an editorial he believes the league was still getting its way.

NFL writer Will Brinson writes that while the plaintiffs are certainly not losers in the case, the NFL didn't lose either.

"There are few things more American than NFL football. But one of them is throwing money at a problem and hoping it will go away," Brinson wrote.

Brown added that the payout takes the topic of concussions "out of the national conversation so the league can focus on football for the first week" of the season.

Brody had initially planned to rule in July, but then delayed her ruling and ordered the two sides to meet to decide which plaintiffs, if any, had the right to sue. She also issued a gag order, so it has been unclear in recent weeks whether any progress was being made.

The lawyers were due to report back to her Tuesday, but Brody instead announced in court files Thursday that the case had settled.

In recent years, a string of former NFL players and other concussed athletes have been diagnosed after their deaths with chronic traumatic encephalopathy, or CTE. Those ex-players included Seau and lead plaintiff Ray Easterling, who filed the first suit in Philadelphia in August 2011 but later committed suicide.

About one-third of the league's 12,000 former players have joined the litigation since 2011. They include a few hundred "gap" players, who played during years when there was no labor contract in place, and were therefore considered likely to win the right to sue.

The timing of the settlement allowed the NFL to drop the issue from the national conversation before the start of the new season.

All 32 clubs were scheduled to play their final exhibition games Thursday night, in preparation for the start of the regular season next week. The first real game is next Thursday, with the reigning Super Bowl champion Baltimore Ravens playing at the Denver Broncos.

Concussions -- and the former players' lawsuits -- had become a main theme of recent NFL seasons, with players, coaches and league officials all forced to address the topic repeatedly, especially as new plaintiffs came forward on nearly a weekly basis. It was the sort of public relations distraction the league has become skilled at avoiding -- and the easiest way to set this topic aside, of course, was to have the court cases resolved.