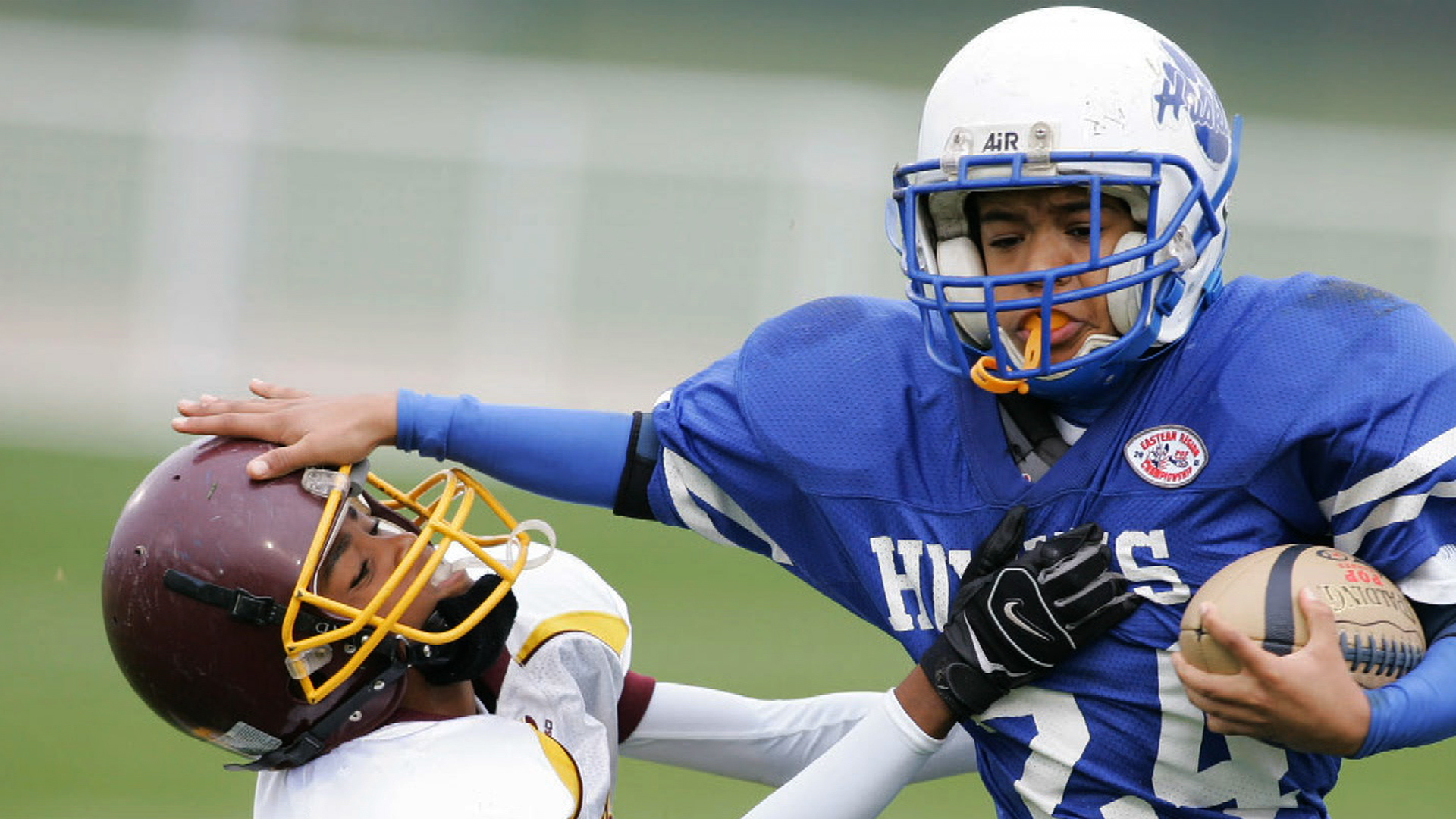 Concussions can be scary for athletes and their families, with more research showing long-term risks from head injuries obtained on the playing field.

That has lead to more awareness among parents and coaches of children participating in youth sports like football, including the implementation of guidelines that coaches should follow if a child gets hurt.

A new case report detailed in the Jan. 1 Journal of Neurosurgery: Pediatrics describes a frightening story of a 17-year-old who played football too soon after suffering a concussion and is now confined to a wheelchair.

The study's authors say the young man's case spotlights the dangers of second impact syndrome, a rare and often fatal traumatic brain injury that occurs when a person -- typically a teen -- suffers a second head injury before recovering completely from the first.

Previous research suggests children and teens may have more vulnerable brains than adults.

This particular teen sustained an injury when he got in a helmet-to-helmet collision with an opposing player during a punt return. He immediately began experiencing dizziness and visual disturbances, but decided to play in the game anyway. Four days later, he finally went to the doctor because of bad headaches. The doctor gave him a CT scan to take a look at the patient's brain, and determined his head appeared normal, but also said he should not play football until symptoms subside.

The boy didn't listen, according to the authors. He participated in hitting drills at practice the following day and eventually collapsed and suffered a seizure. He needed emergency intubation to help him breath, and was airlifted to a neurosurgical trauma center at Indiana University Health Methodist Hospital in Indianapolis.

"The second hit, which was very, very minor; we're even reluctant to call it a 'hit' because it was a really light practice, and they weren't even in full pads," the teen's mother Becky said to HealthDay. "It was just kind of shoulder brushing and he was down."

HealthDay identified the teen as Cody Lehe, who is now 23-years-old.

There, doctors saw a buildup of pressure in his skull, and the presence of mild brain swelling and subdural hematoma, which is a collection of blood built up in the brain. Throughout his hospital stay -- which lasted 98 days -- the teen suffered other serious problems related to the head injury, including softening of certain affected areas in the brain, low blood pressure, kidney failure, pneumonia, the dangerous infection sepsis, temporary cardiac arrest and an inability to walk and talk.

More than 5 years after the incident, he has regained most of his speech but still has some cognitive problems and uses a wheelchair to get around. HealthDay adds that Cody has worked his way back to being able to stand up and walk with assistance from others because his balance is so poor. His mother also says he experiences short term memory problems.

"One of the most alarming features of our case is that our patient suffered what has been historically euphemized as just a 'ding' during a play that was not extraordinary in any way," wrote the researchers, led by emergency medicine physician Dr. Elizabeth Weinstein of the Indiana University Department of Neurological Surgery. "Outwardly he did not appear to require removal from play."

The authors say that with second impact syndrome, the brain's arteries widen, allowing more blood flow, which causes swelling. That expanding brain faces worse trauma because the skull has a limited amount of space. They add that some people die from second impact syndrome, so the takeaway message for coaches, parents and student athletes is to not let a teen return to play until he or she is symptom free.

"A normal CT scan will not identify a patient who can be released to play," study co-author Dr. Michael Turner, a neurosurgeon at IUHealth, said in a written statement.

In December, a small study of 30 children showed that those who suffered concussions had structural changes in the brain that lasted for four months, even though the child was no longer showing symptoms of the concussions.

The Centers for Disease Control and Prevention has more information on concussions.