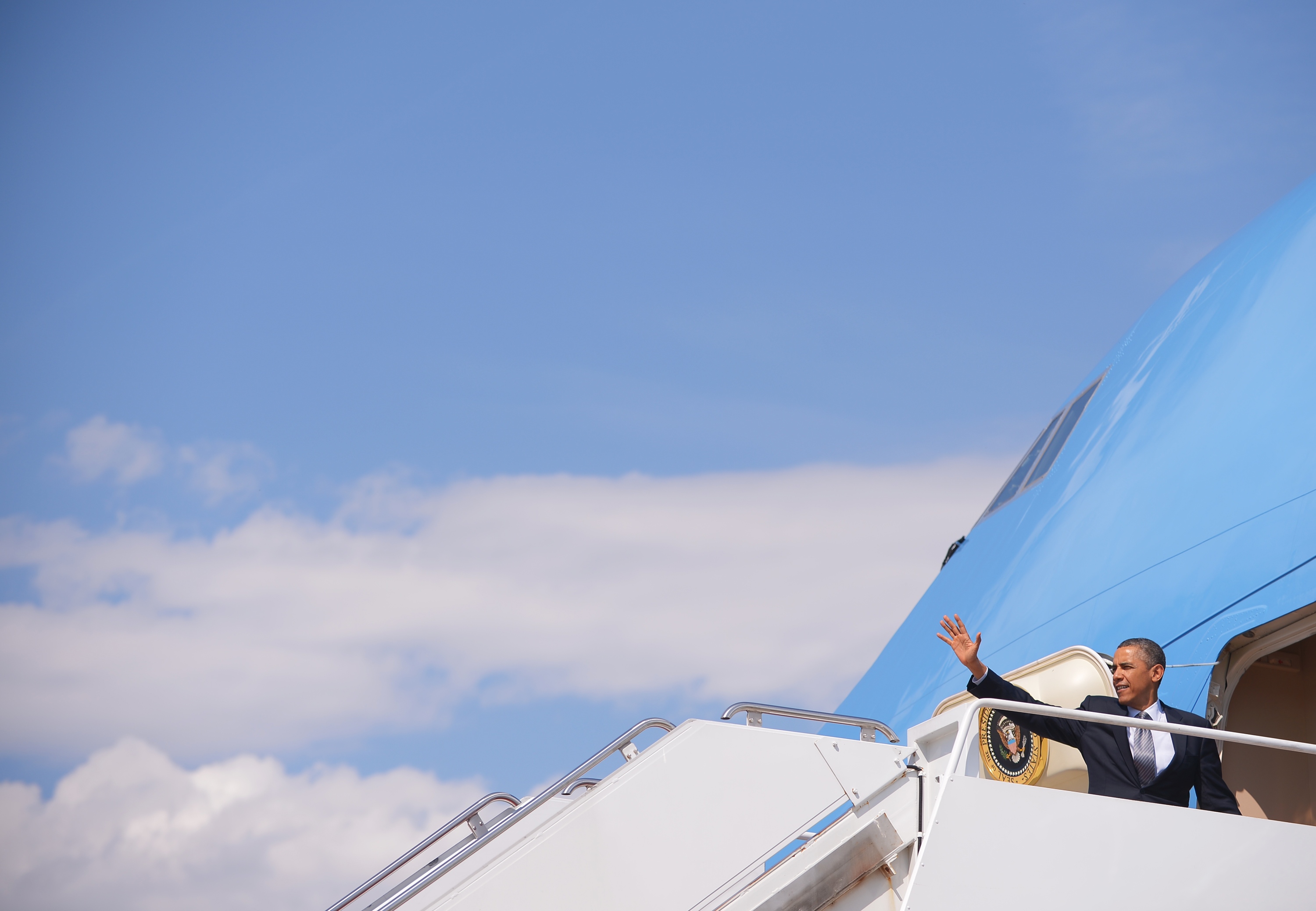 After a speech in Connecticut this afternoon on the subject of gun violence, President Obama will fly back to Washington today alongside family members of victims from last year's mass shooting in Newtown, CBS News has confirmed, as the victims' relatives head to the U.S. Capitol in an effort to lobby lawmakers on gun safety laws.

Mr. Obama is slated to speak this afternoon at the University of Hartford - about an hour's drive from the small Connecticut town where 20 first-graders were gunned down at school late last year - in part of an ongoing push to build support for his proposed gun safety reforms. CBS News Chief White House Correspondent Major Garrett reports that the president's remarks will be "moving and emotional," according to the White House, and that Mr. Obama will be introduced by Nicole Hockley, who lost her 6-year-old son, Dylan, in the massacre.

Vice President Joe Biden and First Lady Michelle Obama will keep up the push throughout the week: Biden will deliver remarks on gun violence at the White House tomorrow, and the first lady will travel to Chicago Wednesday to speak on the same subject.

The victims' family members, who are meeting with the president before his event, were invited to get a ride back to Washington via Air Force One.

Despite the Obama administration's efforts, support for gun legislation in Congress remains shaky. Sen. Chuck Schumer, D-N.Y., is attempting to cobble together the 60 votes needed to pass a bill requiring universal background checks. Meanwhile, support for bans on assault weapons and high-capacity ammunition magazines appears to be short of the necessary threshold. Even so, some see hope in the fact that Sen. Pat Toomey, R-Pa., is, according to an aide, "exchanging ideas" with Sen. Joe Manchin, D-W.Va., and others in pursuit of a "workable approach" to legislation governing background checks.

As CBS' "60 Minutes" reported last night, a group of seven families who lost loved ones in the Newtown shootings are heading to D.C. with the hope of influencing lawmakers on gun safety proposals.

"We had a letter that we wanted them to read. And we had pictures of our children to give them a personal connection to why we're asking them to go in there and legislate," said Mark Barden, the father of one of the students who died.