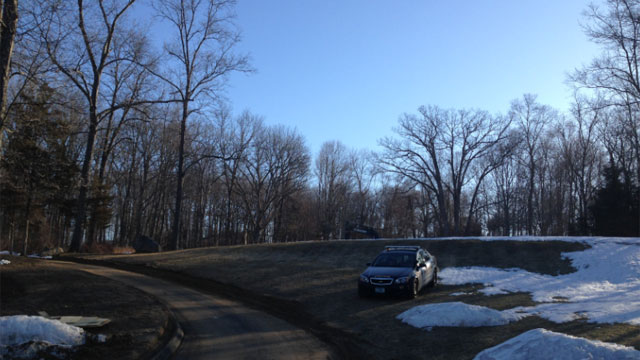 NEWTOWN, Conn. -- The Connecticut home of the man who carried out the 2012 massacre at Sandy Hook Elementary school has been demolished, Newtown officials said Tuesday.

The 2-acre lot where the 3,100-square-foot house once stood in a leafy, suburban neighborhood will be left as open space under a plan approved by town officials.

Adam Lanza killed his mother, Nancy Lanza, inside the house on the morning of Dec. 14, 2012, then drove to the school where he gunned down 20 children and six adults before committing suicide.

The yellow house with green shutters on Yogananda Street was torn down Monday. First Selectman Pat Llodra said Tuesday the demolition of the foundation and driveway would be completed within another day and plans call for the land to be leveled this spring and new plantings started.

"It's just a reminder to the neighbors and the town," Newton Director of Planning George Benson told WFSB. "It's better to have it not be a constant sign of what happened."

Benson told WFSB the plan is to fill in the foundation and let Mother Nature do the rest.

"It's actually attached to open space we have in the back already for the town and we'll just let it grown naturally back in and leave it as it is," Benson said.

Everything inside the home, including rugs and lighting fixtures, had previously been removed and incinerated so that no remnants were available to become memorabilia.

The Lanza family moved from southern New Hampshire and bought the new house in 1998.

The property was given to the town in December by a bank that acquired it from the Lanza family. Since the shooting more than two years ago, the house stood vacant.