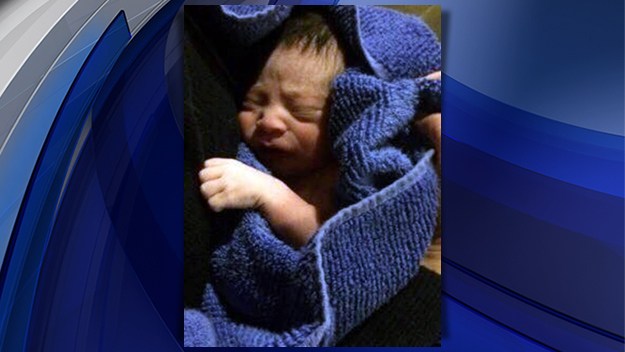 NEW YORK -- For a short time Monday afternoon, the Christmas manger at a New York City church might have been able to pass for the real thing: A newborn baby, with the umbilical cord still attached, was abandoned there. Now, New York City police are searching for whoever left the child.

It was around 11:30 a.m. Monday when a custodian at the Holy Child of Jesus Church in the Richmond Hill section of Queens left the empty chapel to get lunch. When he returned shortly after 1 p.m., he heard a baby crying, but saw no one else around.

Police said the custodian turned to a nativity scene in the front of the church and saw a newborn baby wrapped in towels laying in the manger. CBS New York reported that police estimate the boy was four to five hours old when he was found.

Church pastor Christopher Heanue wrote on the church's Facebook page that the baby was a boy and weighed a little more than 5 pounds.

The child was rushed to Jamaica Hospital for treatment, but was said to be healthy and in stable condition.

New York has a so-called safe haven law that says a newborn can be dropped off anonymously at a church, hospital, police or fire station without fear of prosecution. But the law, known as the Abandoned Infant Protection Act, requires that the child be left with someone or for authorities to be called immediately.

Police said that didn't happen in this case, which led investigators to begin searching for the person who dropped the child at the church.

Officers were canvassing the neighborhood around the church on Tuesday, looking for surveillance cameras that may might recorded something police can use. Authorities said they were also questioning witnesses to try to track down the baby's mother.

"Let us pray for this child," Heanue wrote, "for his parents and for whomever will receive him into their home."