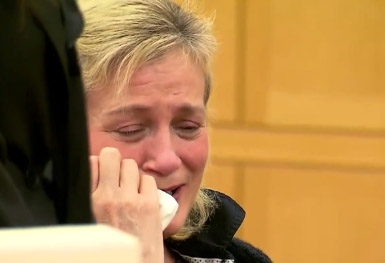 The little girl, Lacey Carr, was found dead in her bed last April after ingesting a mixture of antidepressants and pain medication.

Authorities say Dymes was found unconscious on the floor next to the bed. When police searched Dymes' home later that day, the district attorney's office said they found an open bottle of alcohol and "various and numerous over-the-counter, prescription and illegal drugs strewn about the room," reports CBS New York.

In court, the woman admitted she caused her daughter's death, but said it was "an accident," reports CBS New York. She tearfully answered questions from a prosecutor, saying she didn't call 911 after she found her daughter unresponsive because she was "dead already."

"It's not that I didn't get help for her, she was gone already," Dymes said.

She faces a maximum of four years in prison when she is sentenced on April 12.