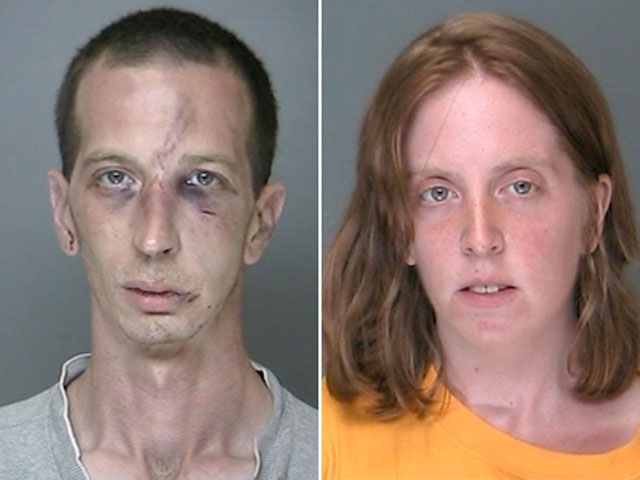 (CBS/AP) RIVERHEAD, N.Y. - David Laffer, the man charged with killing four people during a pharmacy robbery for prescription painkillers, and his wife, who drove the getaway car, pleaded guilty to robbery on Thursday.

His wife, Melinda Brady, pleaded guilty to robbery and will receive 21 to 25 years in prison, the judge said. Prosecutors said Brady was not charged with murder because they could not prove she knew of Laffer's plan to kill.

According to police, Laffer walked into Haven Drugs in Medford shortly after 10 a.m. on June 19 and opened fire without announcing a robbery, killing a pharmacist and a 17-year-old store clerk. He then fatally shot two customers who unknowingly walked in on the scene, authorities said, before filling his backpack with hydrocodone-type painkillers.

Store surveillance video showed the assailant, disguised in a scruffy beard augmented by mascara, firing at the victims. The first shot was fired from a .45-caliber handgun hidden in the backpack.

Hours after her arrest, Brady blamed her husband as she was led from police headquarters to a nearby precinct holding cell.

"He was doing it because he lost his job and I was sick," Brady told reporters. "He did it. He did all of this."

Investigators said they found parts of the disassembled weapon used in the holdup, as well as at least 2,000 hydrocodone-type pills in the couple's home, which is located near the pharmacy.

Other evidence, including the backpack and empty medicine bottles, were tossed out in trash bins behind businesses in the area. A shirt Laffer was seen wearing was found buried in his backyard.

Complete coverage of the Long Island pharmacy murders on Crimesider