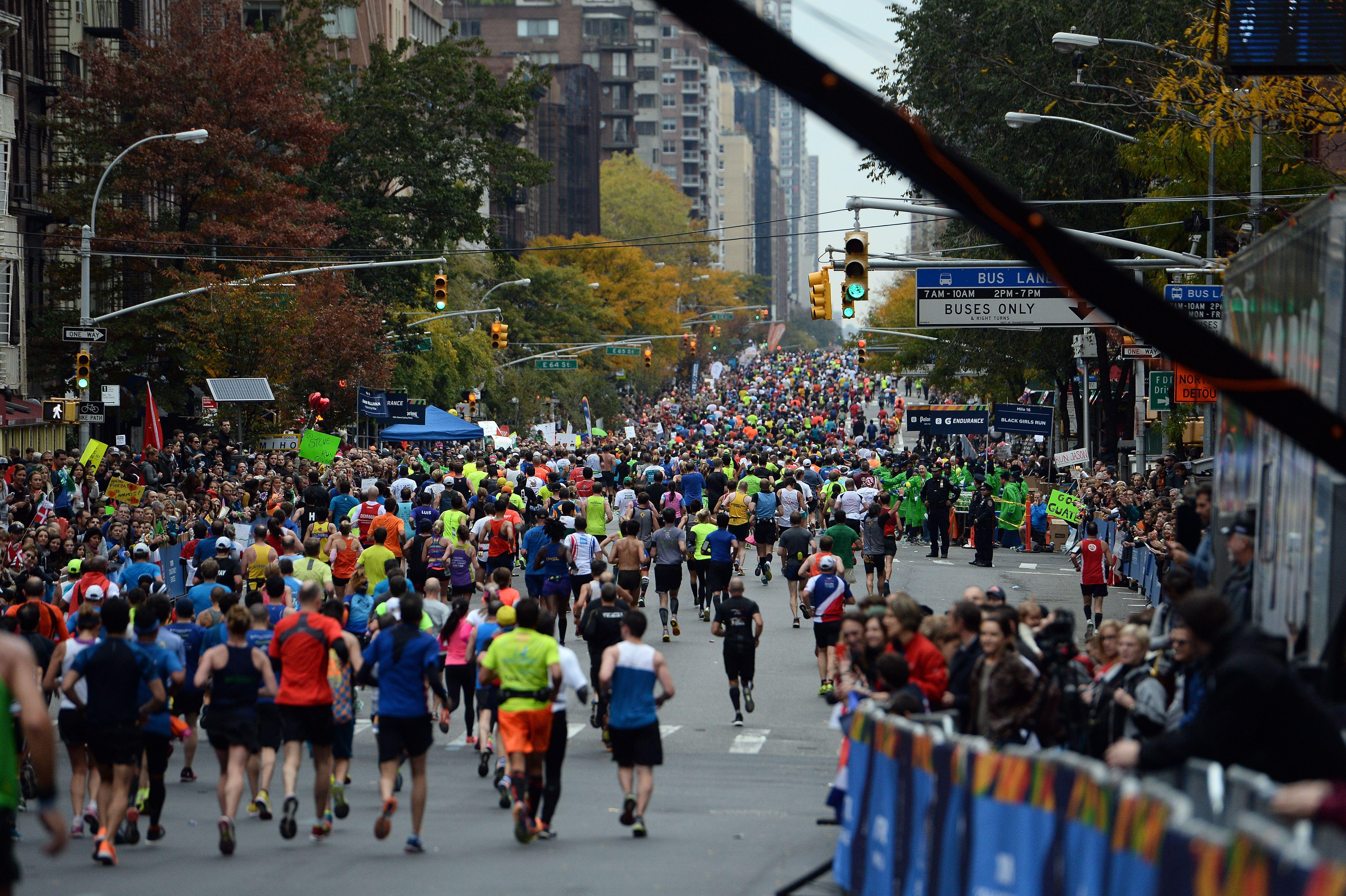 NEW YORK -- New York City Marathon runners who arrived to pickup their credentials on Thursday were learning about stepped up safety protocols.

More than 50,000 runners are signed up for the 26.2-mile marathon across the five boroughs Sunday.

"We more than doubled our observation team, our rooftop observation posts as well as our counter sniper teams from the emergency services unit, and we have also added more heavy weapons teams," the NYPD's chief of patrol, Carlos Gomez, said.

Race organizers say lessons learned are being applied in response to terror attacks, following the one at the Boston Marathon in 2013 and this week's truck attack in lower Manhattan.

"We don't see anything that is going to impede an inspirational day for this city," New York City Marathon race director Peter Ciaccia said. "There's a huge contingent of police."

"I think most of the runners, we don't think about it," marathoner George Corrula said. "I'm a runner, I'm here to run."

Sand-filled sanitation trucks will block the entrance to the route.

Security will be visible and not-so-visible, with plain-clothed officers blending in with spectators and volunteers.

New York Road Runners extends our deepest sympathies to the victims, their families, and all who have been affected by the tragedy in Lower Manhattan.

We are monitoring the situation closely with our city, state, and federal agency partners, particularly the NYPD. For this weekend's marathon, as with all of our events, the safety and security of our runners, staff, volunteers, and spectators is our top priority. Together with our agency partners, we have extensive safety and security measures in place, both visible and behind the scenes. We are constantly reviewing our plans with law enforcement and will consider any necessary modifications or enhancements.