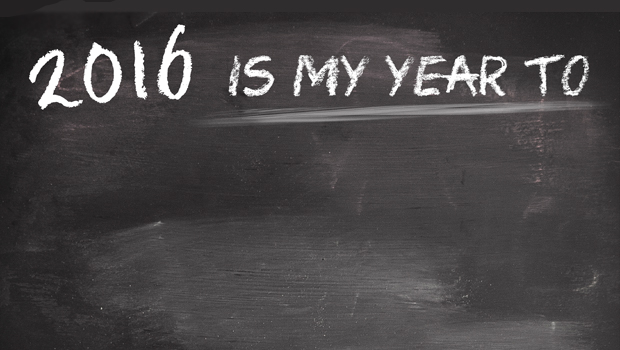 Every New Year's, lists of personal aspirations for the next 12 months are likely to grace many of our journals, calendars, smartphones, even sticky notes on the fridge. But by January's end, those bright, shiny goals are often languishing on the couch with us as we once again munch chips and watch movies on cold winter's nights.

Wellness experts say it doesn't have to be that way, though. Here's their New Year's advice:

A San Diego-based integrative medicine physician specializing in nutritional and chronic disease prevention, Mcilvena said you're doomed to fail when you create a pile of impossibly overwhelming resolutions. Instead, aim to incorporate your health goals into the life you already live.

For example, don't starve yourself or skip dinner with friends or family gatherings to avoid calories -- but don't just fall into old habits and overdo it on rich casseroles and sugary desserts, either. Instead, bring along a healthier dish, such as a salad packed with fresh vegetables.

"Move away from thinking of salad as iceberg lettuce with a few sad cucumber slices. Move it into making it a whole meal with grains like brown rice or quinoa. Throw in hearty steamed or roasted vegetables -- sweet potatoes, beets, carrots. Add legumes, like chickpeas or black beans. Then you're set," said Mcilvena.

Focus on DOs, not DON'Ts

Instead of resolving to drop 10 or 20 pounds, which can feel like a steep mountain to climb, make your aim something positive, such as adding six servings of fruits and vegetables to your menu every day, Jane Balbo, a doctor of osteopathic medicine, family physician and assistant professor of family medicine at Ohio University, told CBS News.

"Pick a behavior that will help you achieve your goal, not just a goal," said Balbo. She said behaviors, not just outcomes, help people shift into healthier lifestyles for the long term.

It's not necessarily realistic to pursue all your goals at once. Dr. Susan B. Roberts, director of the Energy Metabolism Laboratory at the Jean Mayer USDA Human Nutrition Research Center on Aging at Tufts, said that instead of overwhelming people with a multitude of heath and fitness plans, she recommends starting with just one.

"We start with putting full attention on food," she said.

After people lose about 10 pounds, she said that's a good benchmark place to begin to add exercise. She said a lighter body may feel more ready at that point to begin moving.

From giving away an old chair to make room for yoga, to setting out your workout gear in plain sight, a little home revamp can go a long way, say experts.

Even something as simple as pulling your running shoes out from the back of your closet and leaving them by the front door, or laying out your walking clothes or yoga mat the night before, can help you get going.

"Have things within your line of sight," Roberts said, and you're more likely to use them.

The same goes for your pantry and refrigerator, she added.

"Take a look -- what kinds of things in there are going to set you back? Snack things like cookies, cakes, chips, crackers that aren't so healthy. If you stock your pantry with these you're more likely to consume them," she said.

Replace them, don't just get rid of them, or you'll just become hungry and splurge or feel deprived. Stock up on healthy snacks instead.

"Always have hummus on hand and buy glass containers where you can cut up different fruits and vegetables that will be really easy to go for when you open the fridge."

"For people who want to quit smoking, some can just set a quit date and then they are done, but that doesn't work for most people," Balbo said.

She recommends a helpful tool from the American Lung Association called "pack tracks," which are cards in a pack that's the shape of a pack of cigarettes, with a small pencil the size of a cigarette.

"It fits in your pack. I talk with my patients about it. In it, you write down the time of day you smoked, what was your mood at that time and how satisfying was it," said Balbo.

She explained that it gives smokers something to do when they get a craving for nicotine, and it helps them understand what motivates them to smoke -- stress or certain social environments, for example -- and how to come up with other ideas to replace the smoking behavior.

Another simple gesture that gets people into quit mode is to toss all of their smoking-related items the day they're ready to quit. Then a relapse will be less tempting.

"Take all of your smoking paraphernalia and place it in the trash and pour Italian dressing all over it," she said.

Pick a partner with similar goals and help each other succeed, said integrative medicine physician Mcilvena.

"If you're trying to walk four or five times a week because you have heart disease in the family and need to keep heart health up, finding someone who believes in that mission or who has similar underlying health-related reasons for wanting to increase their movement, is a good choice," she said.

A coworker could be a good fitness buddy because you can motivate each other to get outside during your lunch hour and walk in your office neighborhood.

"It works great with a spouse, too. Go home, have dinner, go for a walk after dinner. Break up the monotony of going home, eating and bundling up in front of the TV."

And don't be discouraged if it takes a while to get used to your new routine. Tufts' Roberts said healthier habits take weeks, and more often months, to form.

"There will be a person by three weeks who is craving apples, but for most, the magic number is 66. That's the number of times you have to repeat doing something for it to become habit-forming," Roberts said.

Hang in there, Mcilvena encouraged. You'll start to see the benefits even sooner. "Digestion will maybe improve, sleeping may get better, your skin may look a little more vibrant."

Mcilvena said you don't have to say goodbye to favorite foods altogether. If it's pasta you crave, she said, a little portion of white pasta is OK.

But better yet, give it a nutritional boost: "Take your lasagna base and turn it into a healthier dish by adding precooked lentils and spinach along with the standard marinara sauce. Whole grain pasta is a good choice." Avoid or limit the decadent, fatty, cream-based sauces, and watch portion size, she suggested.

Mcilvena said she encourages her patients to try and get into the habit of taking an hour or two on the weekend after grocery shopping to prep fruits and veggies: cut carrots into sticks, cucumbers into slices, and cook bulk portions of legumes and whole grains and store them in the refrigerator so they're easy to pop out and heat up for weeknight meals.

"Eat unlimited amounts of fruits, vegetables and legumes which are packed with phytonutrients, vitamins and minerals. They'll help you maintain a healthy weight because those foods are so full of fiber, they will fill you up. It's hard to overeat vegetables. With everything else, it needs to be in moderation," Mcilvena said.

Roberts told CBS News, "We deliberately say to patients, 'If you like cake, here's a recipe you can cook or a product that's almost as good but healthier.' Don't deprive yourself, but look for the foods with a better composition -- with a good enough taste that cuts hunger but better for you so you can cut calories."