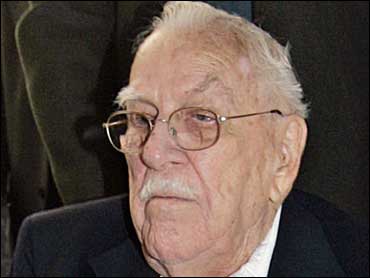 It's the latest extreme sport to hit the courts. Roller basketball combines the speed of in-line skating with the vertical skills of basketball. Tom LaGarde, commissioner and founder of the National In-line Basketball League, explained the game he helped create on The Saturday Early Show.

Roller basketball is a fast-paced game where four-player teams use smooth in-line skating skills to pass and dribble their way to a clear shot at a standard 10-foot basket.

Newcomers to roller basketball will find skating skills serve them better than basketball skills. According to LaGarde, a good skater will have an advantage because he or she will know how to move without the ball, an important factor for playing defense and becoming open for a pass.

Skaters interested in learning the game should work on turns, skating in reverse and stopping. Crossover skating is also important. Crossovers help build up speed in a short space.

Someone tapping traditional basketball skills while on skates can require some time to get used to it. LaGarde recommends working on dribbling skills and shooting.

Women will find it easier to compete with men in roller basketball than in regular basketball, says LaGarde, because strength and establishing position are not as important as speed and movement without the ball.

Helmets are standard equipment for roller basketball. Beginners should use protective gear like knee and elbow guards. For novice skaters, wrist guards are recommended, at least at first. Veteran skaters who are sure on their feet usually don't wear wrist guards because they restrict dribbling and shooting.

In-line skating has a reputation for being a dangerous activity, and there certainly have been some injuries. Most roller basketball injuries have more to do with skating than with basketball techniques, according to LaGarde.

Founded in 1994, the National In-line Basketball League is the major league of roller basketball. There are 10 New York area teams in action with interest growing in other parts of the country. Internationally, roller basketball has emerged in Europe with teams in Portugal, the Netherlands and France.

League play begins in June and finishes with the best team from New York and Europe facing off in a championship game in October. In 1999, National In-line Basketball League introduced the Globe Rollers, an exhibition team that performs around the world using ramps and dunks to thrill audiences.

LaGarde explains the some of the strategy and mechanics of this new game: Scores can run in the hundreds as players sprint up court on fast breaks or roll back to hit 3-point shots.

The 18-second countdown that starts every time a team grabs the ball leaves little time for a slow offensive style. A quick defense is also essential because after a team scores, the opposing team can go on the offensive immediately, aGarde says.

Jumping has become a major factor in the in-line sport in recent years, he notes. Being able to jump up for the ball when rebounding is a big advantage. Jumping is also important for blocking shots and shooting.

Fast breaks are a big part of the game. Fatigue is less of a factor on in-line skates so games incorporate a lot more up and down action than regular basketball. Lay-ups, only worth 2 points, are the main offensive weapon but the 3-point shot is also critical because it spreads out the offense and keeps the defense honest.