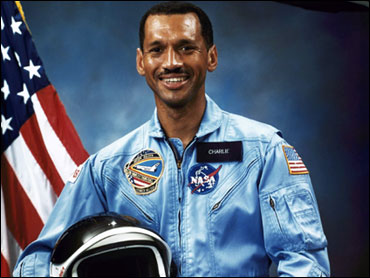 Keeping a promise to impatient European and Arab governments, the Bush administration has sent a top American diplomat to London in a bid to get peacemaking in the Middle East rolling.

William Burns, the assistant secretary of state for the Near East, will meet with European, Russian and U.N. officials on an emerging "roadmap" — designed to produce a Palestinian state in 2005 on land Israel has held for more than 35 years.

European and Arab governments, many of them withholding support for a U.S.-led war to disarm Iraq, have championed the cause of the Palestinians and said terrorism is rooted in their living conditions.

Sharon met with Palestinian finance minister Salam Fayyad and discussed ways to end more than two years of fighting. It was the second time Sharon met with a senior Palestinian official in two weeks. He is trying to open new diplomatic channels, while bypassing Yasser Arafat because of his alleged involvement in terrorism. It is the highest level of talks between the warring sides in a year.

A move by the Palestinian leadership to designate a prime minister under Arafat was welcomed by the State Department on Monday as a serious step toward reform.

President Bush, while promising Palestinians a state, has conditioned U.S. support on Arafat's removal. Bush has accused the Palestinian leadership of corruption and entanglement with terror.

Twelve Israelis, including both Jews and Arabs, have been arrested for spying for the Islamic guerrilla group Hezbollah in Lebanon. Two soldiers are among those charged.

Berger reports Israelis are shocked that six Jews are among those arrested. The other six suspects are Israeli Arabs. Police say the group provided military intelligence to Hezbollah in exchange for drugs, weapons and money. The suspects live in northern Israel near the border with Lebanon.

Police accuse the suspects of espionage, but in the minds of Israelis, spying for a group like Hezbollah, amounts to treason.

Israeli troops killed a Hamas activist in a West Bank raid Tuesday as part of its new offensive against the Islamic militant group, and arrested three Palestinian women suspected of planning to carry out suicide bombings.

Hamas is threatening to unleash more attacks on Israelis in retaliation for the deaths of eight members of its military wing in the past three days. On Monday, a top Hamas fugitive was killed in an ambush by Israeli undercover troops.

An Israeli army commander on Tuesday told Palestinians living near a Jewish pilgrimage site in Bethlehem that their neighborhood will be cut off from the rest of the town by a security wall, and that outsiders will need special permits to enter.

The security fence aims to keep suicide bombers out of Jerusalem, but it will extend all the way to Rachel's Tomb, which lies half a mile inside Palestinian-ruled Bethlehem. The tomb, where the Biblical matriarch is buried, is a place of pilgrimage for Jews. The army has informed Palestinians in the area of the Tomb that they'll be cut off from their home town of Bethlehem. Palestinian officials call it creeping annexation.

The meeting of the so-called Quartet in London furthers U.N., Russian and European involvement in the Arab-Israeli dispute, long a subject of mostly U.S. mediation.

While trying to drum up support for a tough approach to Iraq, Secretary of State Colin Powell promised to step up U.S. diplomacy in the Middle East after Israel held its elections.

Sharon won that race in January, overwhelming the dovish Labor Party, which had offered to give up most of the West Bank, all of Gaza and part of Jerusalem.

But Arafat did not accept the offer two years ago, and Sharon is prepared to offer far less in an interim accord.