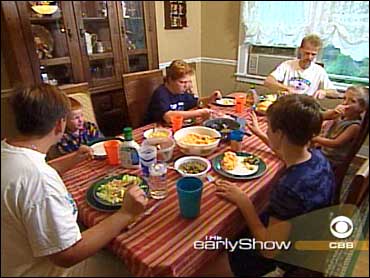 Imagine being denied a passport for, of all things, your teeth.

It could happen, but not because they're crooked.

Under new rules for visa photographs that began this summer, the State Department doesn't want to see them at all, according to a story published in Sunday's Pittsburgh-Post Gazette.

The new guidelines permit people to smile for passport and visa pictures but frown on toothy smiles, which apparently are classified as unusual or unnatural expressions.

"The subject's expression should be neutral (non-smiling) with both eyes open, and mouth closed. A smile with a closed jaw is allowed but is not preferred," according to the guidelines.

So why does the State Department frown on smiles?

Smiling "distorts other facial features, for example your eyes, so you're supposed to have a neutral expression. ... The most neutral face is the most desirable standard for any type of identification," said Angela Aggeler, spokeswoman for the State Department's Bureau of Consular Affairs, which handles travel-document guidelines.

A photograph of a person's face is considered the international standard for a "biometric" or physical identifier by the International Civil Aviation Organization, a United Nations agency that sets international aviation safety standards. Last year, the organization announced standards for machine-readable passports which would include physical characteristics that computers could use to confirm people's identities.

"To allow for best possible comparison, if you smile or blink your eyes or turn your head, there would be fewer comparison points. So when you go to the counter, you will look at the camera in neutral face to offer the best comparison to the matching points on the picture in the passport," said Denis Chagnon, a spokesman for the International Civil Aviation Organization in Montreal.

Some photo shops and even immigration attorneys say they were blindsided by the prohibition against flashing pearly whites.

Mark Knapp, an immigration attorney with Reed Smith in Pittsburgh, said he knew about some of the other new guidelines for photographs but not the no-teeth rule. Knapp said he learned about the new guidelines from a colleague whose client's photo was rejected because of a toothy smile.

"You can't make this stuff up, honestly," Knapp said.

Janet Stewart, who works at a downtown Pittsburgh photo shop, said she learned about the guideline the first day it went into effect because she had a photograph rejected.

"I'm the only photographer that says, 'Don't smile,'" she said.