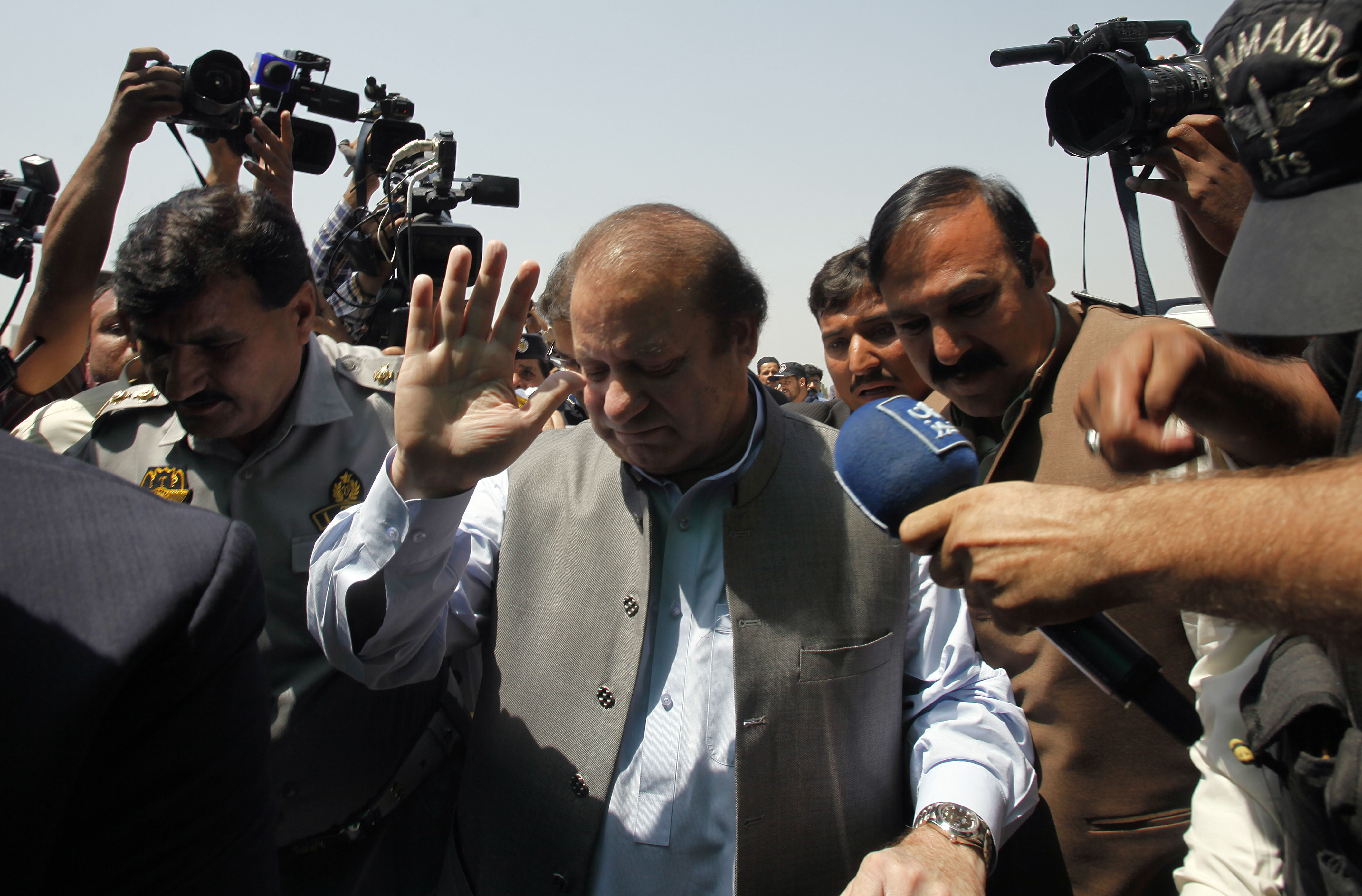 ISLAMABAD Newly-elected Pakistani Prime Minister Nawaz Sharif called Wednesday for an end to U.S. drone strikes in the country's embattled tribal areas, along the Afghan border, choosing to open his term on an issue which unites most Pakistanis, but remains a thorn in relations with Washington, a vital ally.

Speaking in parliament just minutes after winning a vote of confidence to take the role of prime minister, Sharif said the "daily routine of drone attacks, this chapter shall now be closed."

"We do respect others' sovereignty. It is mandatory for others that they respect our sovereignty," he told the assembly. His remarks were met with applause from many other newly-elected members of parliament.

The U.S. drone strikes remain a difficult issue for Pakistan and the U.S. in spite of ongoing security cooperation in a number of areas. The two nations' militaries and intelligence services have worked together to battle the Islamic militant groups based in Pakistan, and the partnership is crucial as Washington seeks to wind-down its war in neighboring Afghanistan.

Sharif -- along with other Pakistani mainstream politicians -- made denouncing the hugely unpopular U.S. strikes a cornerstone of his election campaign.

While the U.S. government never officially confirms the drone strikes, the CIA is widely believed to be behind them, including the most recent attack on May 29, which killed Waliur Rehman, the deputy leader of Tehreek-e-Taliban (TTP), the Pakistani Taliban.

The successful strike served to reinforce the two-fold stance often used by U.S. officials to justify the attacks; the slain Rehman was a notorious militant known to have overseen the killings of a number of his opponents, including Pakistani military officers and soldiers. Secondly, Rehman's killing on Pakistani territory highlighted the fact that large swathes of the country simply remain out of the reach of the government's own security forces.

A senior Western defense official in Islamabad, who spoke to CBS News on the condition of anonymity after Sharif's speech, called drone strikes "a remarkably complex matter" for Washington and Islamabad.

"It is not that easily resolved," he said. "Unless Pakistan successfully takes charge of its own territory and makes certain that there are no militants actively operating there, outside powers, including the U.S., will feel obliged to target them."

Pakistan has deployed almost 150,000 troops to the region along the Afghan border -- roughly one-third of its army -- to try and reign in groups like the TTP. However, in spite of carrying out the battle for more than a decade, the terror organization and its ilk continue to operate with relative impunity.

A second Western official -- a senior diplomat who is also based in Islamabad -- told CBS News on Wednesday that Sharif's ability to take charge of defense policy remains in question. Pakistan has been ruled by its army for almost half of its existence as an independent state.

Sharif has become the country's prime minister now for the third time. His last tenure was cut short in 1999, when he was removed in a military coup led by General Pervez Musharraf.

"Pakistan's armed forces in the past have been a force of their own. They have not taken the cue from civilian politicians," said the diplomat, who also asked not to be identified. "We simply don't know if the new prime minister will be able to take charge and order the armed forces, for instance, to shoot down a U.S. drone."