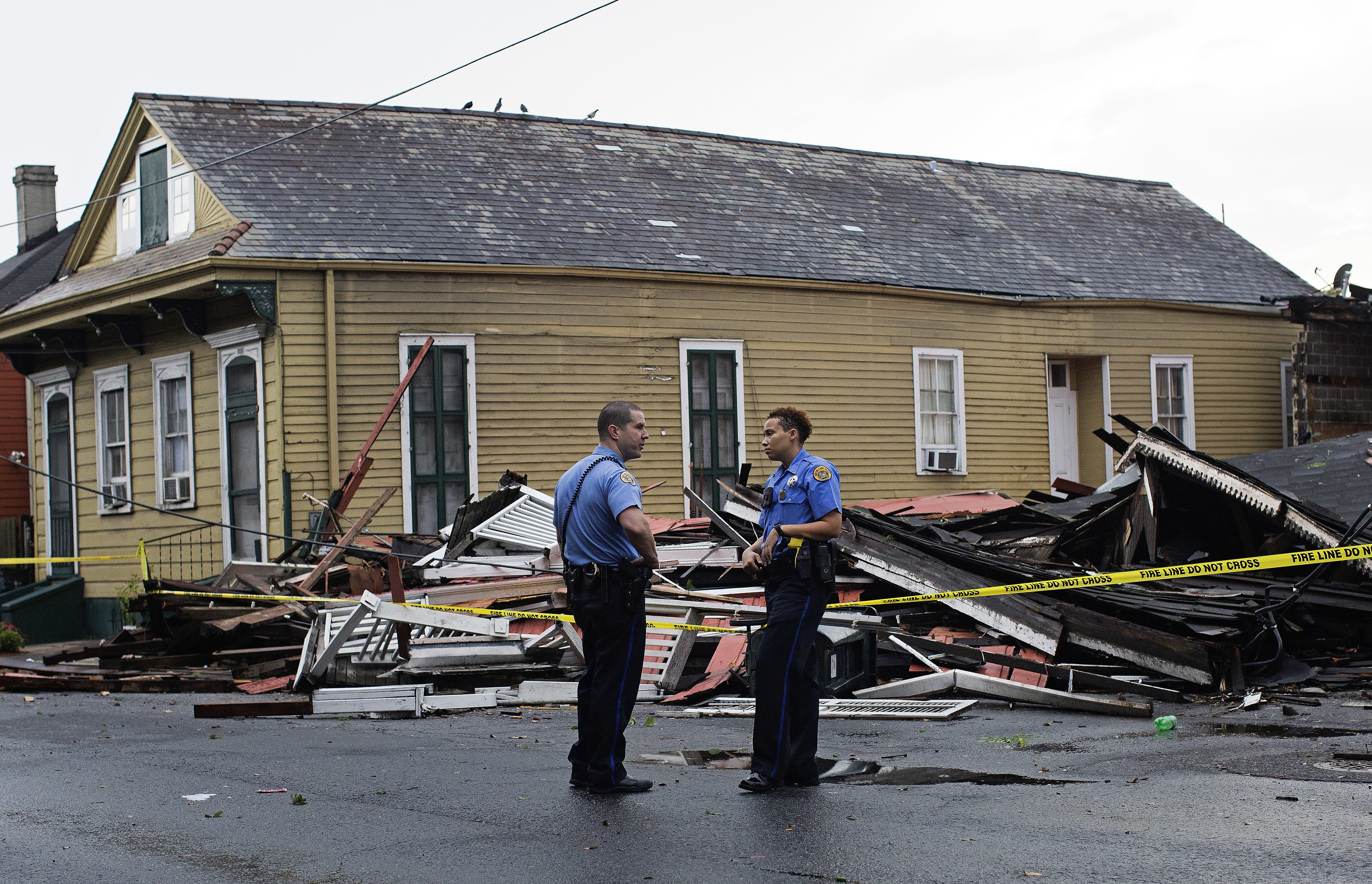 "Two individuals were walking down the street in the severe weather. They happened to be right near a building when it collapsed," said Aaron Miller, director of the city's homeland security office.

Miller said both of the downed buildings had been slated for demolition.

"It's really amazing," Mayor Mitch Landrieu said as he surveyed the damage. "It looks like we had some tornadic activity."

Neighbors said some of those buildings had been unstable since Hurricane Katrina in 2005.

"It was a dilapidated two-story structure. It had work done and then it was rotting and had work done again," a neighbor told WWL-TV about one building. "It'd be waiting to fall down for years."

A funnel cloud was sighted over the city, and the National Weather Service later tweeted that a storm survey found damage from an 80 mph EF0 tornado over a half-mile track.

The damage appeared to have occurred largely in the city's 7th Ward and Treme areas. Both neighborhoods have areas of blighted housing, a problem that was made worse by Katrina.