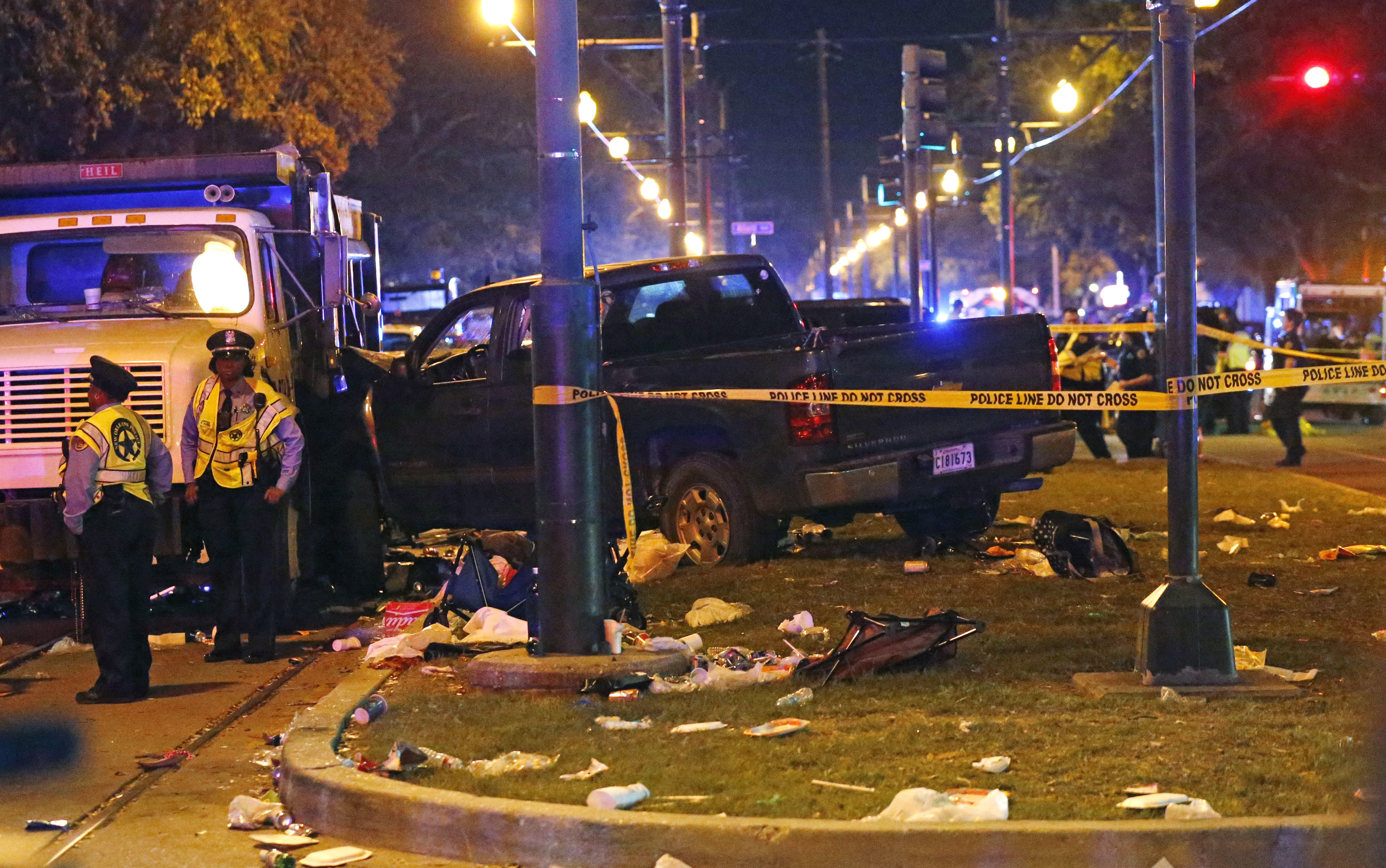 NEW ORLEANS -- A man who allegedly plowed into a crowd enjoying the Krewe of Endymion parade on Saturday in the Mid-City section of New Orleans is being investigated for driving while intoxicated, police said.

The accident came during one of the busiest nights of Mardi Gras when thousands of people throng the streets of Mid-City to watch the elaborate floats and clamor to catch beads and trinkets tossed from riders.

“We suspect that that subject was highly intoxicated,” Police Chief Michael Harrison said on Saturday evening.

Harrison was asked twice by the media if terrorism was suspected. While he didn’t say “No” he did say it looks like a case of DWI.

Speaking separately to CBS News, a New Orleans police spokesperson said the incident was not terror-related, and an official at the Department of Justice confirmed to CBS News that there was no suspected link to terrorism.

The victims range in age from as young as 3 or 4-years-old to adults in their 30s and 40s, said Elder.

Among the injured was one New Orleans police officer. Harrison said the officer, who was on duty, was undergoing tests to determine the extent of her injuries. She was in “good spirits,” he said.

CBS affiliate WWL TV said, according to witnesses, that the driver of the pickup truck revved its engine before speeding forward and slamming into cars and then veering out of control into the crowd gathered for the hugely popular Krewe of Endymion parade. The driver eventually came to a stop after slamming into a dump truck.

“I’m very shaken,” Mardi Gras reveller Mary Yarbrough told WWL TV not long after the incident. “I was crying hysterically because I just saw the entire thing happen and literally, if I had walked two steps forward, it would have been me.”

As police and city officials assessed the accident scene, people streamed home as plastic bags that used to hold trinkets and discarded beads littered the ground.

One woman at the scene told The New Orleans Advocate that a silver truck whisked by her just feet away as she was walking through the intersection.

Carrie Kinsella said, “I felt a rush it was so fast.”

Twenty-year-old Kourtney McKinnis told the Advocate that the driver of the truck seemed almost unaware of what he had just done.