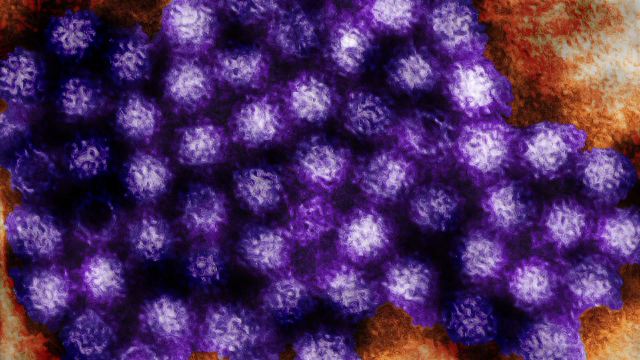 The new year may be a big one for the norovirus after numerous outbreaks have infected hundreds across the United States, including one outbreak found with a new strain of the virus, which the CDC warns can increase infections by 50 percent.

The Minnesota Department of Health announced that it found the new norovirus strain in connection with an outbreak earlier this week, CBS Minnesota reported.

The agency said the new strain, called GII.17 Kawasaki, is the same one that caused many illnesses in Asia last winter before arriving in the U.S.

That news comes just as the peak season for outbreaks of the virus approaches, and it means that even if a person has had norovirus in the past, they won't have antibodies to protect them from this particular strain of the virus.

"Every few years, a new strain of norovirus emerges and causes many illnesses. We don't know yet if this new strain will lead to an increase in the number of outbreaks reported, but it could," Amy Saupe, a foodborne disease epidemiologist at the Minnesota Department of Health (MDH), said. "If we're meticulous about washing our hands and handling food properly, we may be able to limit the impact."

Recent norovirus outbreaks have also been reported in California, Boston and Seattle, among other places, though they have not been tied to the new strain of the virus.

In Boston, norovirus sickened more than 150 college students after eating at a Chipotle restaurant. CBS Boston reports that the restaurant, closed December 7, is now set to reopen. Chipotle has also come under fire nationwide for an unrelated outbreak of E. coli that sickened people in nine states since October.

In Seattle, a norovirus outbreak earlier this month sickened up to 200 people who were in the Russell Investments Center office building, CBS Seattle reported.

And in California, up to 50 people reported symptoms of the norovirus at Chapman University after one person was confirmed to have the virus, CBS Los Angeles reported. The California Department of Public Health released a statement on Wednesday warning that outbreaks are increasing and outpacing the number of outbreaks in 2014.

On average, roughly 20 million cases of norovirus are reported in the United States every year. Most people recover after a couple of days, but the virus is responsible for 500-800 deaths per year.

Symptoms, including stomach pain, nausea, vomiting and diarrhea, usually occur within 12 - 18 hours of exposure to the virus, which usually spreads through food or human contact.

The best way to avoid contracting the norovirus is to wash fresh fruits and vegetables, keep kitchen surfaces clean and wash hands thoroughly.