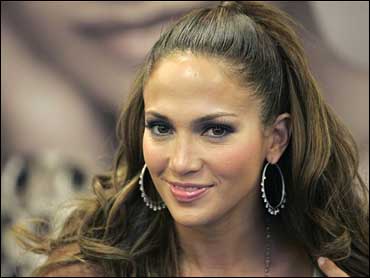 A miniseries inspired by Jennifer Lopez's new album and a Spanish version of "Desperate Housewives" are among 30 new programs announced by Spanish-language TV network Univision for the new season.

"Como Ama una Mujer (How a Woman Loves)" will be based on Lopez's Spanish-language album of the same title, the network announced Wednesday.

The "rich experience (of recording the album) was that it took to me to writing this story," the 38-year-old singer-actress said. The album was mainly produced by her husband, singer Marc Anthony.

Other programs announced by Univision Communications Inc. include "RBD: La Familia," a miniseries on the successful Mexican pop group that will provide fans with a look into the band members' daily lives; "Los 5 Magnificos (The 5 Magnificent Ones)," a reality show about life in a circus; and the soap operas "Pasion," a story of love and adventure during the age of pirates, and "Muchachitas Como Tu (Little Girls Like You)," which will explore themes related to teens.

Spanish-language network Telemundo presented five new melodramas Tuesday, including "El Otro Lado del Amor (The Other Side of Love)," a modern version of the story of Romeo and Juliet, and "Las Brujas de South Beach (The Witches of South Beach)," about four women who were sisters in another life.