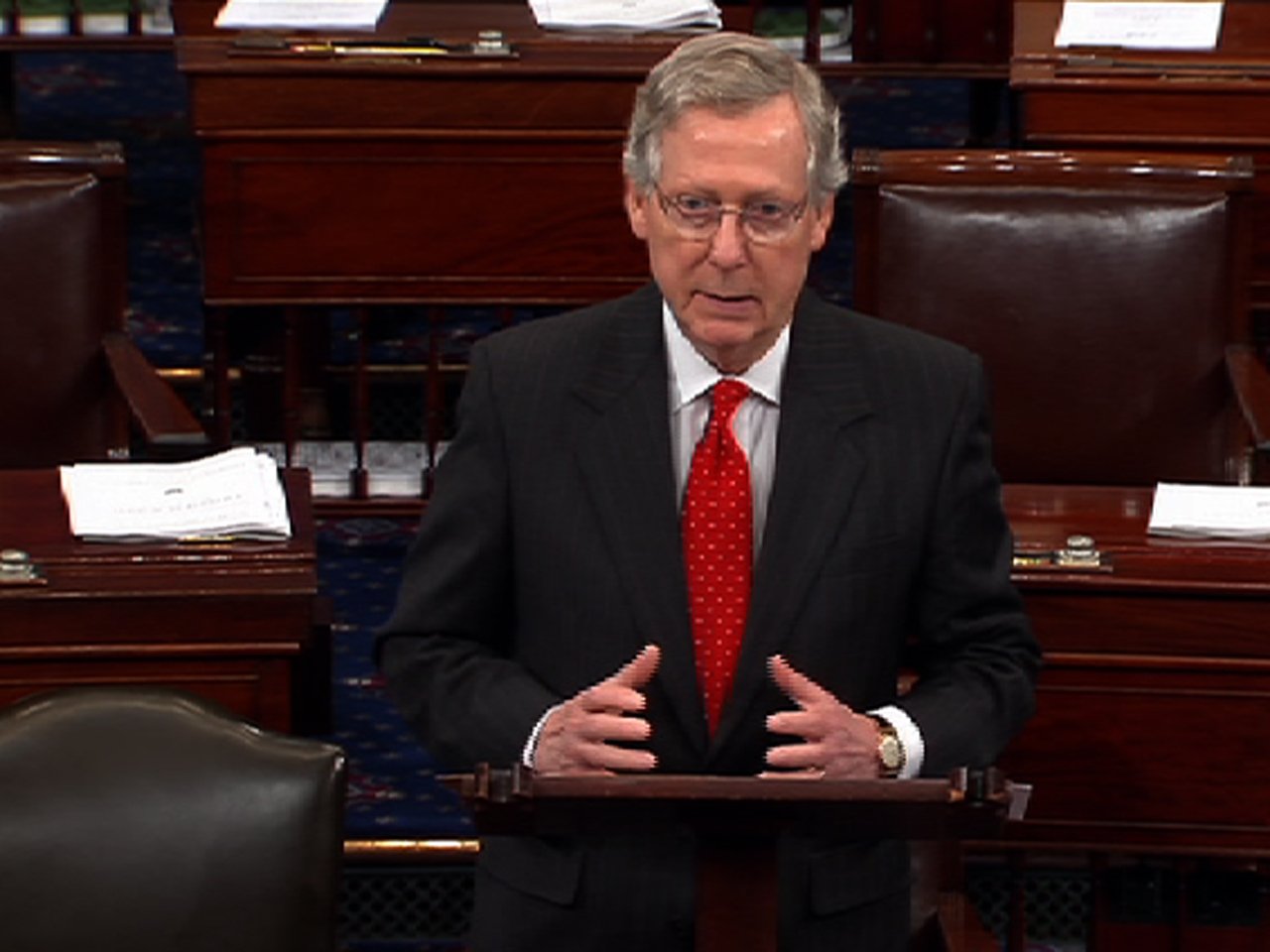 Sen. Mitch McConnell, R-Ky., is seizing on a series of recent attacks against him for campaign ad fodder, tying a controversial liberal group to President Obama and decrying the "dirty" tactics of "liberals."

"Mitch McConnell is Obama's number one target. Because Mitch protects Kentucky from Obama's bad ideas," says a narrator in the 30-second spot. "Liberals will do anything to beat McConnell."

The ad, which according to the McConnell campaign is a six-figure statewide buy that will run on cable and broadcast starting Friday, points to a secret recording reportedly captured by the liberal PAC Progress Kentucky as evidence of the left's coordinated effort to bring McConnell down.

The recording, which was published recently by Mother Jones, captured a conversation in which several of McConnell's campaign aides could be heard mocking his would-be political competition, Ashley Judd, for her struggles with depression and her religious beliefs. The senator was in the room but was mostly silent during these parts of the strategy session.

Progress Kentucky, which according to Kentucky Democrat Jacob Conway was responsible for the tape, was also in the news a few months ago after directing racial slurs toward McConnell's wife, Elaine Chao, who is Taiwanese.

"And now liberals compare Mitch to al Qaeda terrorists and North Korea's dictator," the narrator continues in the ad, citing a recent attack ad likening McConnell to an al Qaeda leader and an editorial calling him "more dangerous to Americans than Kim Jong Un," respectively. "How dirty will Obama's allies get?"

The Obama administration has not been tied to any of the above critiques of McConnell, but the McConnell campaign is expected to connect any Democratic Senate challenger to the president, who lost the state badly in the 2012 election.

"The far Left is desperate to hurt Senator McConnell and have resorted to some of the dirtiest tactics in memory," campaign manager Jesse Benton said in a statement. "Whether it be the Left's racist attacks, their spying and illegal recording of our office meetings or comparing Mitch to mass-murderers and Al Qaeda terrorists, Kentuckians are appalled and will not stand for it."

In a statement responding to the ad, Democratic Senatorial Campaign Committee (DSCC) spokesman Matt Canter blasted McConnell as "the living, breathing embodiment of everything that is wrong with Washington."

"Polls show that McConnell is the most unpopular senator in the entire country, so he is desperate to play the victim, even comparing himself to victims of the Nazis," Canter said.