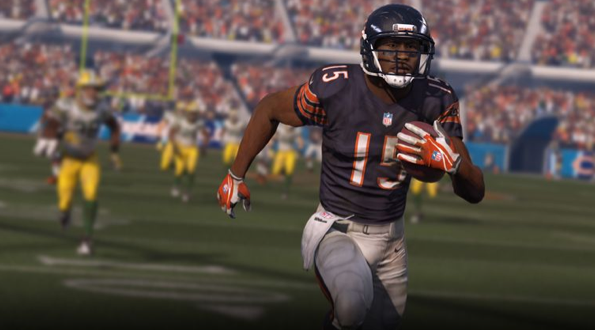 Are you ready for some computerized football? A new "Madden" football video game debuts Tuesday, which could explain more than a few absences at work and school.

Quite a few Twitter users were debating Monday whether to fake an illness in order to spend all day gorging on the game. "This day is notorious for breaking records for people calling in sick," declared one user. "Cough *Madden* cough," said another.

It's all par for the course for the "Madden" franchise. The annual release of the newest game in the series is a cultural event of sorts for the industry -- and one of the biggest moneymakers for developer Electronic Arts (EA). The game reliably sells about 6 million to 7 million copies a year, and the newest version, "Madden NFL 15," costs $59.99.

Many Best Buy (BBY) and GameStop (GME) stores held midnight release date events for gamers to get early copies. But some fans were able to start playing a six-hour preview of the game last week by subscribing to EA Access, an online service that lets people play older games and preview new titles for $5 a month, or $30 a year, CNBC reports.

Sales of last year's game, called "Madden 25," dropped as gamers began to transition from Xbox 360 and PlayStation 3 consoles to the new Xbox One and PlayStation 4 systems, CNBC reports. Analysts say sales could continue to flag this year as people wait to buy new gaming systems over the holidays.

Even with a sales drop, "Madden" is still a huge business for Electronic Arts. Even the book that explains in depth how to play it -- the official "Madden" game guide -- could sell more than 100,000 copies at $13 each, The Boston Globe reports.

The new game has been getting mixed reviews so far. "The title never gets worse, but some years, it's only marginally better," writes Ebenezer Samuel in The New York Daily News. "Problems have abounded for years, and they continue to sabotage the game."

Adam Najberg at The Wall Street Journal calls the title "the best, most exciting, in-your-face football console game" he has played. But he added that the franchise seems to be getting stale. "My Madden experience over the past few years has been so 'lather, rinse, repeat' that I am pretty desensitized to anything but the most-radical and revolutionary changes to the game," he wrote.

Don't tell that to the fans carefully lining up bowls of Cheetos and lollipops, cans of energy drinks, and packs of sunflower seeds Monday night. "Madden 15 in 15 mins," wrote one Twitter user. "Goodbye outside world."