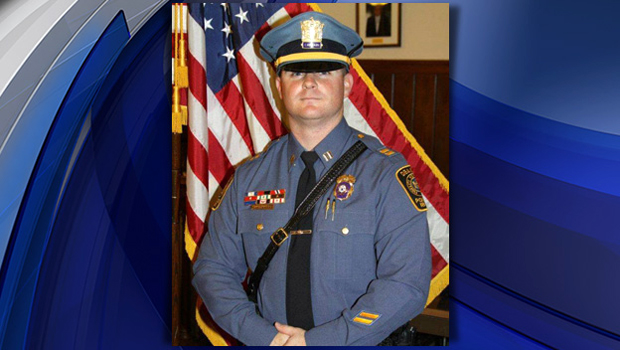 OCEAN TOWNSHIP, N.J. -- An off-duty New Jersey police captain killed in a crash last month was driving under the influence of illegal narcotics, prescription drugs and alcohol at the time, according to toxicology test results.

A dozen chemicals - including a synthetic stimulant known as "bath salts" - were found in the blood of Deal Police Capt. Earl Alexander IV, according to documents provided by the Monmouth County Prosecutor's Office to the Asbury Park Press.

Alexander's blood alcohol level was 0.19 percent - more than twice the legal limit of 0.08 percent, tests showed. Alexander, who was second in command under Chief Ronen Neuman, also had illegal stimulant drugs, prescription antidepressants, prescription sleep medications and amphetamines in his system at the time of the crash, according to the toxicology results.

Alexander, 38, was heading southbound on Route 71 in Ocean Township on Jan. 2 when he lost control of his car. The vehicle was reaching a "sweeping left curve," when the car scuffed a curb, hit a utility pole, went airborne and rolled toward its driver's side before striking another pole, according to the police report.

The 17-year department veteran was pronounced dead at the scene.

The captain was the only occupant in the car. He wasn't on duty and wasn't driving to or from work, police said.

A person who took this mix of alcohol and drugs would be "markedly impaired" and would have been arrested for DUI "on the spot," said Dr. Lawrence Guzzardi, a physician in Delaware who testified in court as a medical expert.

The prosecutor's office declined to comment and Neuman couldn't be reached by the newspaper.