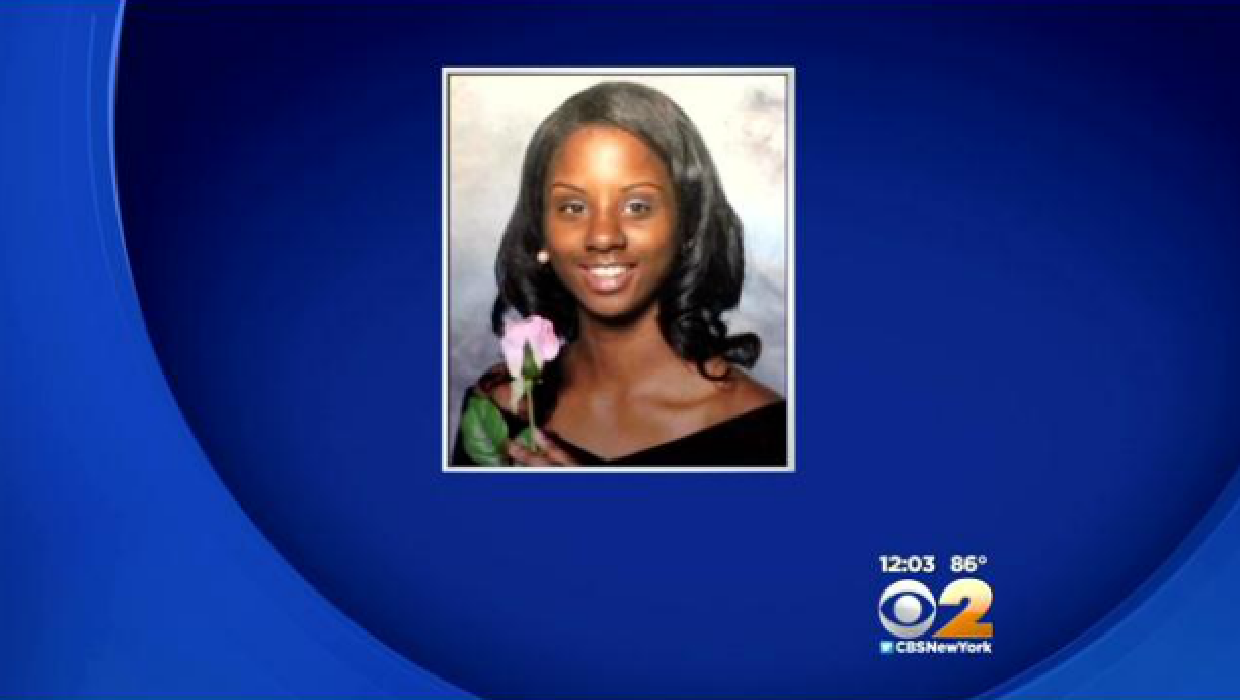 "They told her to get on her knees and they shot her in the head execution style," Michael Bond, Cheyanne's uncle, told the station, adding that his niece just happened to be at the wrong place at the wrong time.

The teen had just graduated from Malcolm X Shabazz High School in Newark. Friends described her as hard-working and quiet and said she was excited about her plans to study nursing at Union County College in the fall.

"She just graduated, she was about to go to college," said friend Latayjsia Wilson, according to the station. "She was a real nice girl, that's why I never thought it would be her."

"I'm just hoping they can find justice for her and find the person that did it," family friend Trishema Ratcliffe said.

The 17-year-old's death was one of three homicides in Newark over a 24-hour period last weekend, a trend the city's new mayor, Ras Baraka, addressed during his inauguration Tuesday.

"Some are even afraid to patronize their corner stores or worse, still mourning the deaths of their loved ones from senseless violence," he said.

"You can't even go to your own park in your own neighborhood without somebody getting shot down," said Newark resident Stephanie Lowe, reports the station.

With Cheyanne's killer still on the run, investigators have put up signs urging any witnesses to come forward.

On Tuesday, police released a surveillance photo of two males walking near the scene of the shooting who may or may not have witnessed the incident, authorities said.

A $12,000 reward is being offered for any information that leads to an arrest in the case.

Meanwhile, the teen's heartbroken family says they're now planning on using the money intended for her college tuition to pay for her funeral, which is scheduled for next Wednesday.