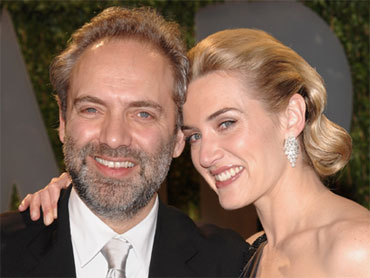 Fischer, wanted in the United States for allegedly violating international sanctions on the former Yugoslavia, was detained in Japan last month when trying to travel on a revoked American passport. He has been fighting attempts to have him deported to the United States.

Fischer's attorney, Masako Suzuki, said she faxed a letter to Powell and the U.S. Embassy in Japan demanding that an American consular officer be sent to the chess great's detention center to accept his renunciation of U.S. citizenship.

In the letter, Suzuki accused the embassy of refusing to send an official to Fischer, requiring him to come to the embassy in person. Japanese officials, however, will not allow him to make the trip, she said.

"Although renouncing U.S. citizenship is a legal right... the U.S. Embassy in Japan has made it impossible for Mr. Fischer to exercise his right," said the letter, which was also faxed to news organizations in Japan.

A separate statement from Suzuki also said Fischer and Japan Chess Association President Miyoko Watai had signed marriage papers that would be submitted later on Monday.

It was unclear whether Japanese officials would accept the marriage application. A Tokyo ward official, Yoshihisa Yabe, said a person in Fischer's situation would have to either provide a valid U.S. passport or a U.S. government document confirming his citizenship's validity in order to get married in Japan.

It was also not immediately clear whether marriage to a Japanese citizen would affect attempts to deport him to the United States.

Suzuki said Fischer and Watai had been living together since 2000.

Fischer became an American icon when, at the height of the Cold War, he defeated Boris Spassky of the Soviet Union in a series of games in Reykjavik, Iceland, in 1972. The win made him the first U.S. world champion in more than a century.

Increasingly erratic and reclusive, he lost his title as world champion in 1978 and then largely vanished from the public eye until he reappeared to play a rematch in the former Yugoslavia against Spassky in 1992.

Though Fischer won, and took home more than $3 million in prize money, he played in violation of United Nations sanctions and has been wanted in the United States ever since.

Fischer's opposition to the United States is well-known. In a radio interview, he once praised the Sept. 11, 2001, terrorist attacks, saying America should be "wiped out."

Fischer's renunciation of his U.S. citizenship could possibly leave him without a country to call his own, Suzuki has said, adding that he had plans to apply for refugee status with the United Nations High Commissioner for Refugees.

Fischer's supporters and lawyer are looking for other countries that might accept him as a refugee.

Fischer has already applied for asylum in Japan, arguing that the political nature of his "U.S. persecution" makes him eligible for refugee status in Japan. A decision on that could take months because the government would probably have to hold a hearing.

Fischer's father is German, and his supporters say he has considered seeking citizenship there.