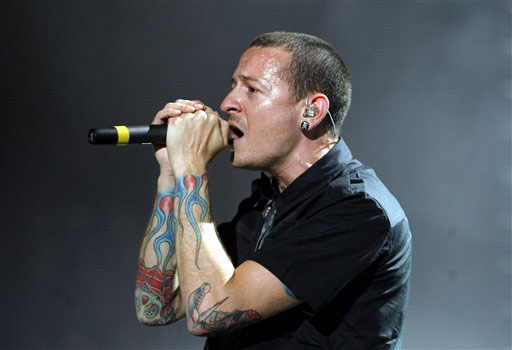 Police in Palos Verdes Estates released audio Monday to The Associated Press of a hired driver's 911 call in the singer's death.

The driver told authorities he had pulled up for a pickup at Bennington's house and was alerted by a housekeeper that she had found Bennington's body hanging in a bedroom. Her loud sobs can be heard in the background of the call.

The driver told police he had not seen the body himself.

On Friday, the Los Angeles County coroner ruled his death a suicide by hanging. Watch Commander Lt. Rudy Molano said an autopsy was conducted on July 21.

Bennington's suicide echoed that of his good friend, Chris Cornell, who hanged himself in May. He had a strong bond with Cornell and died on what would have been the Soundgarden singer's 53rd birthday on Thursday.

Members of Linkin said say their hearts were broken following the death of their lead singer. The rock band said "shock waves of grief and denial are still sweeping through our family as we come to grips with what has happened" and added that Bennington "touched so many lives, maybe even more than you realized."

Linkin Park had planned to launch a tour this week, but canceled it following Bennington's death. Their hits include "In the End" and "Numb."