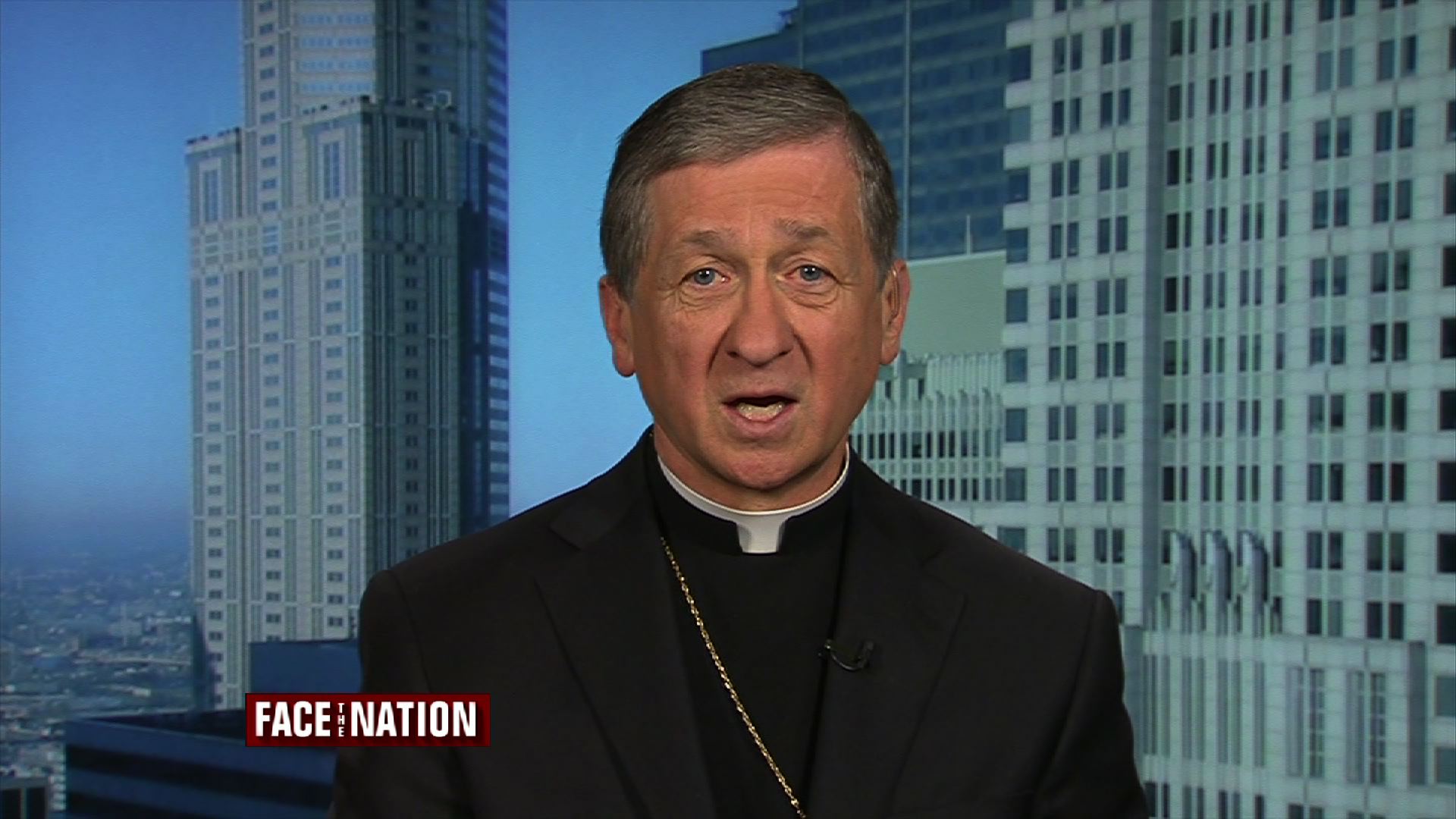 As Blase Cupich settles into his role as the archbishop of Chicago, some are wondering whether the man Pope Francis selected to head America's third-largest archdiocese will carry the pope's brand of inclusive Catholicism into American life.

One way he may differ from other leaders in the Catholic Church is by staying away from the issue of denying communion to Catholic politicians who support abortion rights.

"I would not use the Eucharist, or as they call it 'the communion rail,' as a place to have those discussions or a way in which people would be either excluded from the life of the church," he told CBS News' Norah O'Donnell in an interview that aired on "Face the Nation" Sunday. "The Eucharist is an opportunity of grace and conversion. It's also a time of forgiveness of sins, so my hope would be that grace would be instrumental in bringing people to the truth."

He also weighed in on immigration reform and gay marriage, two politicized issues that command a great deal of public attention.

He said Catholic leaders in the U.S. view President Obama's executive action to remove the threat of immigration for several million immigrants in the U.S. illegally as "an important first step" that could jump-start comprehensive immigration reform, which has the support of Catholic bishops across the country.

"My concern would be that we would have a policy and a procedure that would have a confidentially provisions because if people come out of the shadows and sign up and give their names and information, they want to make sure that is going to be protected in the future should that executive order change by another administration. So I think it's very important that this be done very carefully," he said. "But we applaud it as a good first step but more needs to be done and we encourage the president and members of Congress to get this work done."

And with same-sex marriage becoming legal in more and more states, Cupich said it is very important that those who oppose it not say or do anything that might provoke violence against gays and lesbians.

He shied away from condoning or condemning same-sex marriage itself, and instead said "the real issue" is whether states should have legislation "that supports, protects and upholds those people who take the risk of those people actually bringing those children into the world and preserving the human race."

Gay couples, grandparents and single people who adopt children can be good parents and need support, he said, "but I do think there's something unique about a man and a woman coming together and bringing children into the world and preserving the human race."

Cupich also weighed in on the so-called "Francis Effect," or the way that the new pope is shaping the church.

"People do have a sense that the church is listening to them and also that he is speaking to their deepest desires and if I can in some way emulate that example then I think I am probably on the right track," he said. "And I think when he continues to speak in that way he really is going to allow himself to speak to more difficult issues of the day, challenge us in terms of our economic policies, how we live our lives personally. But people really believe as though he is respecting them. And I think that is something I want to continue to do in my ministry."

Asked about the recent protests in Ferguson, Missouri, Cupich said the incident was "a tragedy all the way around for the family of Michael Brown, and I could hear the heartache in the voice of his father and family members who called for peace and tranquility. They want to respect this young man, and realize that violence will only disrespect him."