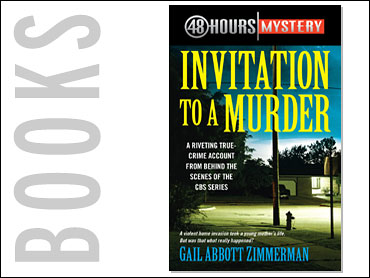 A violent home invasion took a young mother's life. But was that what really happened?

In this riveting account of a crime first documented on the broadcast, producer Gail Abbott Zimmerman unravels the lethal secrets inside a seemingly perfect marriage to find out who was behind a chilling double homicide.

Beautiful, vivacious Donnah Winger had been bludgeoned to death by a male intruder. Her attacker was fatally shot by Donnah's husband, Mark. In the aftermath of the horrific home invasion, family and friends rallied round Mark, a well-liked and respected nuclear scientist, and the infant daughter he and Donnah had just adopted. Some even called him a hero.

But one rookie detective didn't buy Mark Winger's version of the grisly events of that August afternoon. After four years of relentless investigation, a closed case is reopened, and fragments of truth-including shocking new witness testimony-come together to reveal how Mark Winger turned a chance meeting with a troubled young man into the almost seamless killing of his own wife, with an Invitation to a Murder.

Pocket Star is an imprint of Simon & Schuster, which like CBSNews.com, is a unit of CBS Corp.

A Man with a Past
Thanks for reading CBS NEWS.
Create your free account or log in
for more features.
View CBS News In
CBS News App Open
Chrome Safari Continue
Be the first to know
Get browser notifications for breaking news, live events, and exclusive reporting.