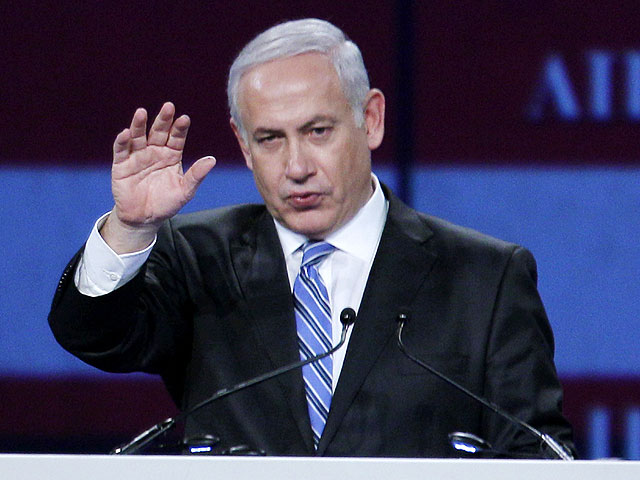 WASHINGTON - Israel's prime minister is to sketch his vision of Israeli-Palestinian peace before a sympathetic U.S. Congress on Tuesday, after reopening a dispute with President Barack Obama over the contours of a future Palestinian state.

Israel, which enjoys strong bipartisan backing in Congress, has been rattled by Mr. Obama's support for drawing the future borders of a Palestinian state and a Jewish state on the basis of Israel's pre-1967 war frontiers.

In a speech before the pro-Israel lobby in Washington on Monday, Prime Minister Benjamin Netanyahu declared such borders to be "indefensible." Influential U.S. lawmakers hold that same opinion and have faulted Mr. Obama for staking out his position.

But Mr. Obama has not called for a return to the exact borders Israel held before capturing east Jerusalem, the West Bank and Gaza Strip in June 1967. He, like the Palestinians, is open to land swaps so Israel can hold on to settlements it built after the 1967 war.

Mr. Obama has not, however, offered proposals for how to return the two sides to the bargaining table. Palestinians are refusing to come back as long as Israeli settlement construction continues.

Netanyahu's address to Congress would be the first time he has laid out a blueprint for peacemaking.

But he surely will make it clear that negotiations will not be possible if violently anti-Israel Hamas militants join forces with the Western-backed government of Palestinian Prime Minister Salam Fayyad, as planned.

The Palestinians have said little in response to Mr. Obama's recent speeches. They have embraced his support for the 1967 lines as the basis of the final borders between Israel and a future Palestine, but largely ignored Mr. Obama's other key proposals.

Among them: His opposition to their plan to ask the U.N. to recognize their independence; his criticism of a Palestinian power-sharing deal that would bring the Hamas militant group into the government; and his calls that Israel be formally recognized as the homeland of the Jewish people. Acceptance of the "Jewish state" is seen as a rejection of the demands of Palestinian refugees to return to lost properties in what is now Israel.

Palestinian President Mahmoud Abbas is to consult with leaders of his Fatah movement as well as the Fatah-dominated umbrella group, the Palestine Liberation Organization, on Wednesday to consider his next move.

Mr. Obama has said Israel should not be expected to negotiate with a government that does not recognize its right to exist.