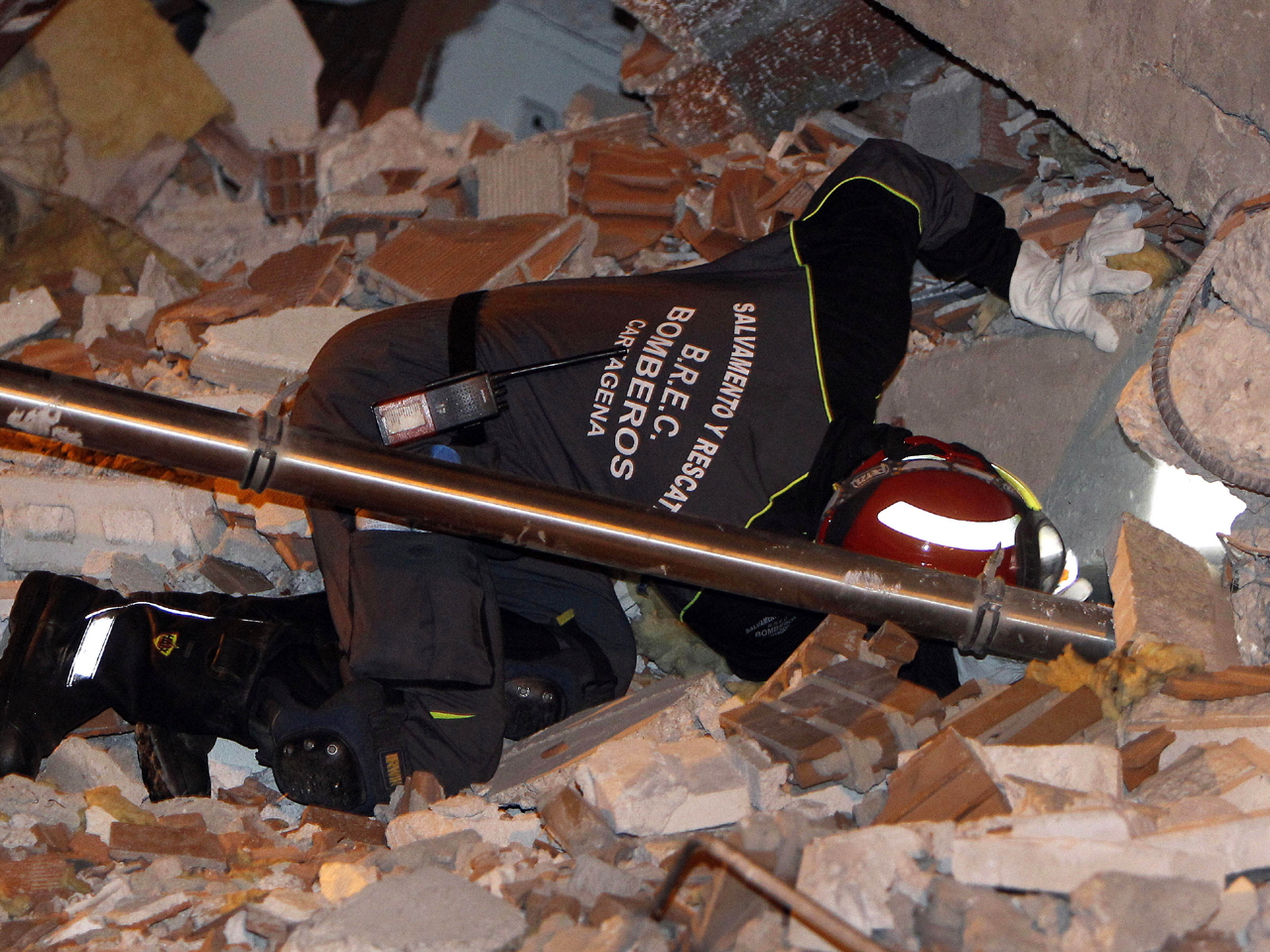 People draped in blankets to protect them from the morning cold queued up for hot drinks handed out by voluntary workers at the five makeshift camps in parks and a trade show center set up in the small city of Lorca that was hit by the two quakes — with magnitudes of 4.4 and 5.2 — a day earlier.

A Murcia regional government statement said eight people, including one child, had died in the quakes which seriously damaged many buildings and crushed vehicles. A total of 167 people were treated in hospitals in the city.

Officials on Wednesday had initially put the death toll at 10.

The statement said three people were in serious condition. Lorca has a population of about 85,000.

People slept in cardboard boxes and tents, while hundreds of others lay down on the ground with nothing more than their clothes and blankets to protect them.

As dawn broke, many people began returning to their homes to pick up belongings. Others wandered about the streets taking photographs of the damage with their mobile phones.

Many railings and walls of rooftop balconies came crashing to the ground in the quakes.

Large chunks of stone and brick fell from the facade of a church in the city as a reporter for Spanish state TV was broadcasting live from the scene when the earthquake struck shortly after 7 p.m. A large church bell was also among the rubble, which just missed striking the reporter.

Television images showed cars that were crushed by falling rubble, and large cracks in buildings.

Prime Minister Jose Luis Rodriguez halted campaigning for upcoming regional and municipal elections in Spain to oversee an emergency committee set up to coordinate rescue and relief operations. He was to visit the city on Thursday along with deputy premier Alfredo Perez Rubalcaba and Defense Minister Carme Chacon.

This was the deadliest quake in Spain since 1956, when 12 people died and some 70 were injured in a quake in the southern Granada region, according to the National Geographic Institute. It says Spain has about 2,500 quakes a year, but only a handful are actually noticed by people. Spain's south and southeast are the most earthquake-prone regions.