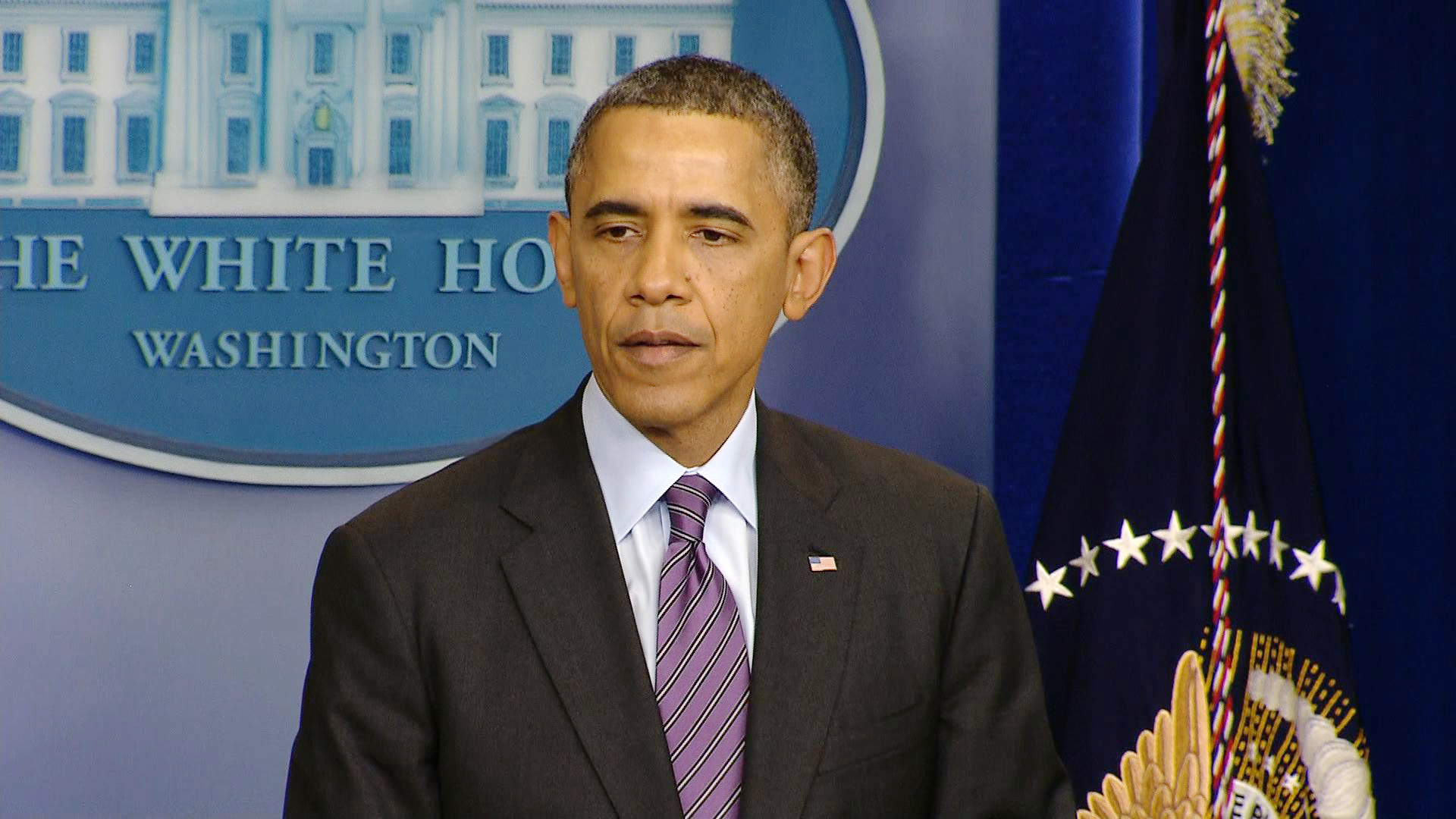 President Obama on Thursday paid tribute to the legacy of Nelson Mandela, the iconic South African leader who died Thursday at the age of 95.

"I cannot fully imagine my own life without the example that he set,” Mr. Obama said from the White House. The president noted that his very first political action participating in a protest against apartheid.

“I am one of the countless millions who drew inspiration from Nelson Mandela’s life,” he said. “The day he was released from prison gave me a sense of what people can do when they are guided by their hopes and not their fears.”

The president, at times referring to Mandela by his tribal name, Madiba, said the South African leader “achieved more than could be expected of any man, and today he’s gone home.”

Extending his sympathies to the Mandela family, Mr. Obama said, “He no longer belongs to us, he belongs to the ages.”

Mr. Obama will attend Mandela’s state funeral and is expected to deliver remarks, administration sources tell CBS News. The date of the funeral has yet to be determined, and the White House is awaiting a formal invitation from the South African government.

The president ordered U.S. flags to be lowered immediately to half-staff until sunset on Monday.

While in South Africa in June, Mr. Obama met with Mandela's family and toured Robben Island, where Mandela spent 18 of his 27 years as a political prisoner. Mr. Obama had previously toured Robben Island in 2006, but he said this second trip was special because he was accompanied by his two children.

“Malia is now 15, Sasha is 12 -- and seeing them stand within the walls that once surrounded Nelson Mandela, I knew this was an experience that they would never forget,” he said in June after the tour.  “I knew that they now appreciated a little bit more the sacrifices that Madiba and others had made for freedom.”

Mr. Obama’s successors on Thursday also weighed in on Mandela’s life and legacy.

“Laura and I join the people of South Africa and the world in celebrating the life of Nelson Rolihlahla Mandela,” former President George W. Bush said in a statement, calling Mandela “one of the great forces for freedom and equality of our time.”

“He bore his burdens with dignity and grace, and our world is better off because of his example,” Mr. Bush said. “This good man will be missed, but his contributions will live on forever.”

Former President Bill Clinton said the world has lost “one of its most important leaders and one of its finest human beings.” Mandela, he said, was a “true friend.”

“History will remember Nelson Mandela as a champion for human dignity and freedom, for peace and reconciliation,” Mr. Clinton said. “We will remember him as a man of uncommon grace and compassion, for whom abandoning bitterness and embracing adversaries was not just a political strategy but a way of life.”

Former President George H.W. Bush called him “one of the greatest believers in freedom we have had the privilege to know.” Mandela’s capacity to forgive his jailers after years of wrongful imprisonment set “a powerful example of redemption and grace for us all,” Mr. Bush said.

Former President Jimmy Carter said that Mandela’s “passion for freedom and justice created new hope for generations of oppressed people worldwide, and because of him, South Africa is today one of the world’s leading democracies.”

Secretary of State John Kerry said in a statement that Mandela “will be remembered as a pioneer for peace.” Kerry recalled the ways Mandela inspired he and his wife Teresa Heinz Kerry, who marched against apartheid as a young woman. When he visited Robben Island, Kerry said he learned that the glare of the white rock quarry permanently damaged Mandela’s eyesight.

“It hit home even more just how remarkable it was that after spending 27 years locked away, after having his own vision impaired by the conditions, that this man could still see the best interests of his country and even embrace the very guards who kept him prisoner,” Kerry said. “That is the story of a man whose ability to see resided not in his eyes but in his conscience. It is hard to imagine any of us could summon such strength of character.”