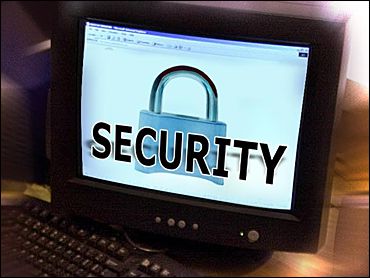 Last week, there were two separate reports of flaws in Microsoft Internet Explorer that could jeopardize your security.

Microsoft, of course, says it's doing everything possible to eliminate these problems. As it has in the past, the company put out a fix that patches these particular problems. Microsoft has also said it will soon release a free upgrade to Windows that, according to the company, is more secure.

In the meantime, the U.S. government's Computer Emergency Readiness Team, or "CERT" (www.cert.org) published a warning that included, among other suggestions, the advice to "use a different browser" -- suggesting that PC users look to sources other than Microsoft for a web browser.

Fortunately, there are other sources. There are several alternative browsers including Opera (www.opera.com) and my favorite, Mozilla Firefox.

Firefox is a free browser from the Mozilla Foundation (www.mozilla.org), a non-profit organization dedicated to promoting "open source" software. Unlike Microsoft's proprietary software, open source programs can be analyzed and modified by any qualified programmer. They can also be "extended," which means it's possible for creative people to enhance Firefox and other Mozilla software by extensions or plug-ins that add functionality.

In addition to Firefox, Mozilla also offers an excellent free e-mail program called Thunderbird that challenges Microsoft Outlook, which like other Microsoft programs, dominates the category.

Unlike Microsoft, the Mozilla Foundation is committed to fully supporting not just Windows, but both the Linux and Macintosh OS X operating systems for all of its programs. There are typically nearly identical versions of Mozilla programs for all three operating systems, and extensions written for one operating system automatically work on the others.

Aside from the fact that it's safer than Internet Explorer (it is possible for a virus or hacker to attack Firefox, but it's less likely), it also has some features that you won't find in Explorer.

My favorite is tabbed browsing. With Explorer, you either replace the page you're viewing with a totally different page, or you can open up a link in a new window, which basically opens another copy of Explorer. That's OK, but if you open too many windows, things can quickly qet confusing, making it difficult to navigate between windows.

With Firefox, you also have the option of opening a new window, but the preferred procedure is to use tabs which appear at the top of the screen.

As I work right now, I have Google in one tab, CBSNews.com in another and my own home page (www.pcanswer.com) in a third. I can jump from page to page a lot faster and easier than if I were trying to navigate through Explorer's windows.

Another great feature of Firefox is that it eliminates those annoying pop-up windows. There are programs you can add to Explorer that do this, but it's nice to run a browser that just does it by default.

If you want to view a pop-up window, you have that option, but in most cases, you'll be glad you don't have to.

One drawback of Firefox and other browsers not based on Microsoft Internet Explorer is that there are a few Web pages that just won't work. That's because some pages insist on using Microsoft proprietary technology. One of those, not surprisingly, is Microsoft's own Windows Update (www.microsoft.com) page that is used to update your Windows software. Movielink.com, a site that lets you download movies, also doesn't work right, but most well-behaved sites work just fine.

Firefox is a bit of a work in progress. The current version (0.9.1) is still in its testing phase, though I find it to be stable enough for regular work. In fact, even in its test phase, it appears to be more stable than Microsoft Internet Explorer.