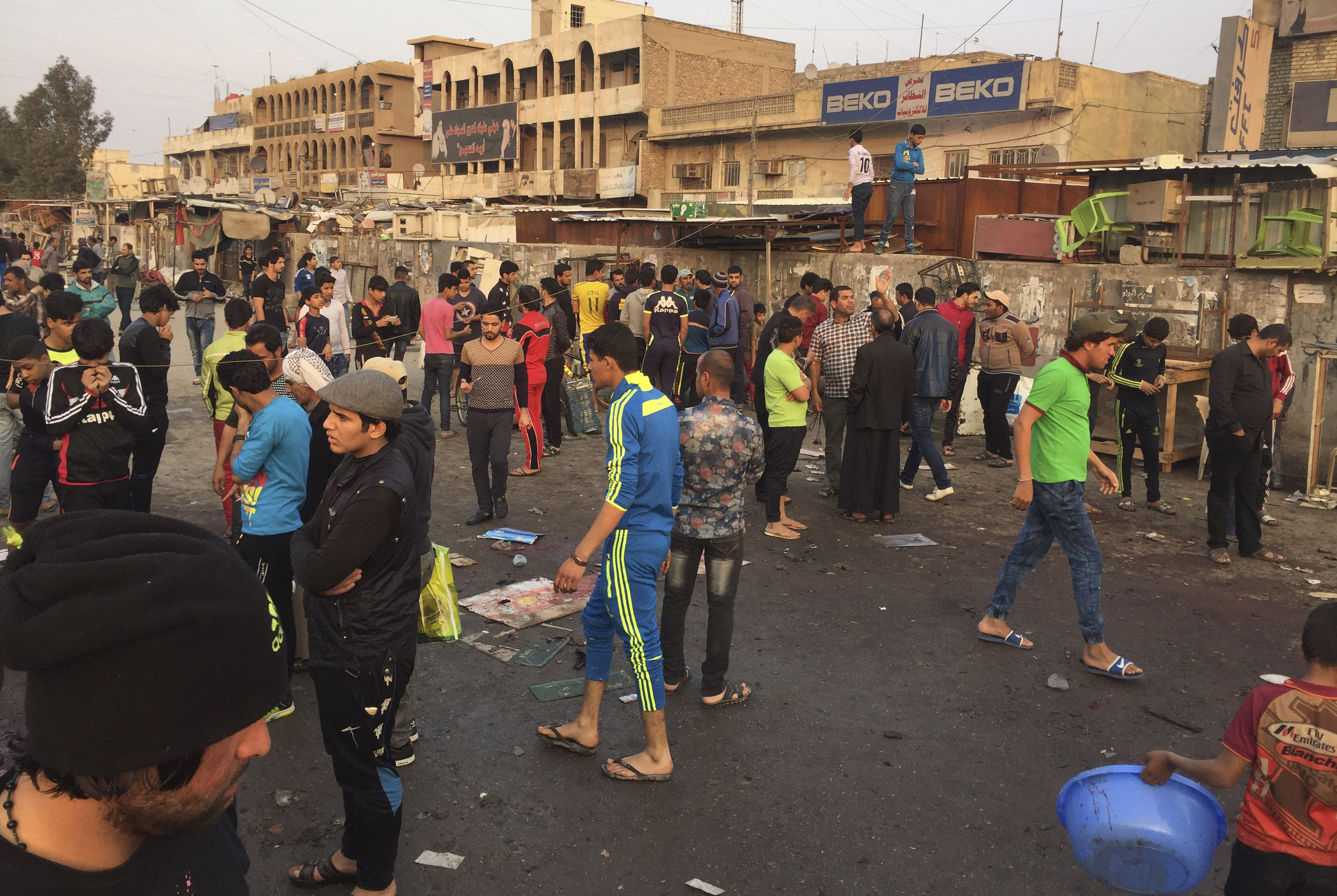 A bomb ripped through the crowded Mredi market in the Shiite district of Sadr City, a police officer said. Minutes later, a suicide bomber blew himself up amid the crowd that had gathered at the site of the first bombing, he added.

Multiple hospital officials later increased the casualty toll to 59 dead and 95 wounded. All officials spoke on condition of anonymity as they were not authorized to release information.

The attack was the deadliest in a wave of recent explosions that have targeted commercial areas in and outside Baghdad.

In the town of Mahmoudiya, about 20 miles south of Baghdad, three shoppers were killed and 10 wounded in a bomb explosion, another police officer said. Four others were killed in a separate bomb attack in Baghdad's southern Dora neighborhood, he added.

The attacks came hours after security forces repelled an attack by ISIS militants on the capital's western suburb of Abu Ghraib, officials said.

Three suicide car bombers struck a security force barracks as gunmen opened fire, according to two police officers. At least 12 members of government and paramilitary security forces were killed and 35 wounded, they added. The clashes left a silo on fire, they said.

The commander of military operations in western Baghdad, Maj. Gen Saad Harbiya, said the situation is "under control" and a local curfew has been imposed.

Abu Ghraib, about 18 miles from downtown Baghdad, is the location of a prison of the same name where U.S. troops committed notorious abuses against Iraqi detainees following the 2003 invasion. Citing the unstable security situation in the surrounding area, Iraqi authorities closed the prison in April 2014.

It is halfway between Baghdad and Fallujah, which is controlled by ISIS. Security forces prevented ISIS from seizing Abu Ghraib when the extremists swept across northern and western Iraq in the summer of 2014.