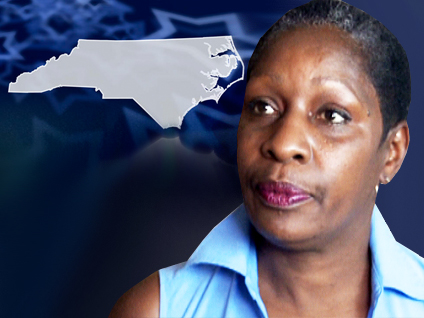 RALEIGH, N.C. - People sterilized against their will under a discredited North Carolina state program should each be paid $50,000, a task force voted Tuesday, marking the first time a state has moved to compensate victims of a once-common public health practice called eugenics.

The panel recommended that the money go to verified, living victims, including those who are alive now but may die before the lawmakers approve any compensation. The Legislature must still approve any payments.

A task force report last year said 1,500 to 2,000 of those victims were still alive, and the state has verified 72 victims. If the estimate is correct, the payments could total around $100 million. Survivors will have three years to apply for payments from the time a measure approving them goes into effect.

"We have repeatedly acknowledged and stated as a task force that no amount of money can adequately pay for the harm done to these citizens," panel chairwoman Laura Gerald said. "We are not attempting through our work to place a value on anyone's life. However, we are attempting to achieve a level of financial compensation and other services that can provide meaningful assistance to survivors

"Compensation also serves a collective purpose for the state and sends a clear message that we in North Carolina are people who pay for our mistakes and that we do not tolerate bureaucracies that trample on basic human rights."

She said the task force was seeking a balance between the victims' needs and political reality, noting that "compensation has been on the table now for nearly 10 years, but the state has lacked the political will to do anything other than offer an apology."

North Carolina is one of about a half-dozen states to apologize for past eugenics programs, but it is alone in trying to put together a plan to compensate victims. The task force recommendations also include that the state continue to support the N.C. Justice for Sterilization Victims Foundation; that the compensation be awarded so that it doesn't affect victims' taxes or government services; and that mental health counseling be offered.

The panel had discussed amounts between $20,000 and $50,000 per person, and some victims and their family members had reacted angrily to the proposals because they felt the amounts were too low. The panel had also considered whether to compensate family members or descendants, but ultimately decided not to.

On Tuesday, some survivors said they were simply looking forward to the issue being resolved.

"I just want it to be over," said 57-year-old Elaine Riddick, who was sterilized when she was 14 after she gave birth to a son who was the product of rape. "You can't change anything. You just let go and let God."

Sterilization victim "raped by the state of NC"

Despite the potentially high price tag to compensate survivors during uncertain budget times, there's bipartisan support to provide monetary assistance. Democratic Gov. Beverly Perdue said during her 2008 campaign she wanted to provide compensation and later formed the task force. Republican House Speaker Thom Tillis of Mecklenburg County has said the state should agree next year to pay victims and wants to form a legislative committee to work out details so something can be voted upon during the Legislature's budget-adjusting session in May.

The five-person panel was appointed in March 2011 by Gov. Beverly Perdue and included a judge, doctor, former journalist, historian and attorney

Eugenics programs gained popularity in the U.S. and other countries in the early 1900s, but most abandoned those efforts after World War II because of the association with Nazi Germany's program aimed at racial purity. More than 30 states enacted laws authorizing surgical sterilization for certain individuals, but not all of them carried the procedures out. More than 60,000 people were forcibly sterilized around the country, and some historians think thousands more were sterilized in states without official programs under the authority of doctors or local officials.

Overt rationalization for the programs ranged from protecting the potential offspring of mentally disabled parents to improving the overall health and intellectual competence of the human race. Before the atrocities of World War II, it was seen by many — both blacks and whites — as a legitimate effort to improve society.

A 1933 state law authorized the sterilization of people deemed to be "mentally diseased, feebleminded or epileptic." People as young as 10 were sterilized for reasons as minor as not getting along with schoolmates or being promiscuous. Although officials obtained consent from patients or their guardians, many did not comprehend what they were signing.

Melissa Hyatt of Kernersville, whose stepfather was sterilized, said the task force "did what was reasonable as far as budgets and economy."

"It's not really about the money," she said. "It's about the suffering and the pain."

Gerald, the chairwoman, urged the Legislature and Perdue to approve compensation during this year's session. "Any state or group of people can make a mistake, but it takes courage and strength of character to acknowledge wrongs and try to right them," she said.