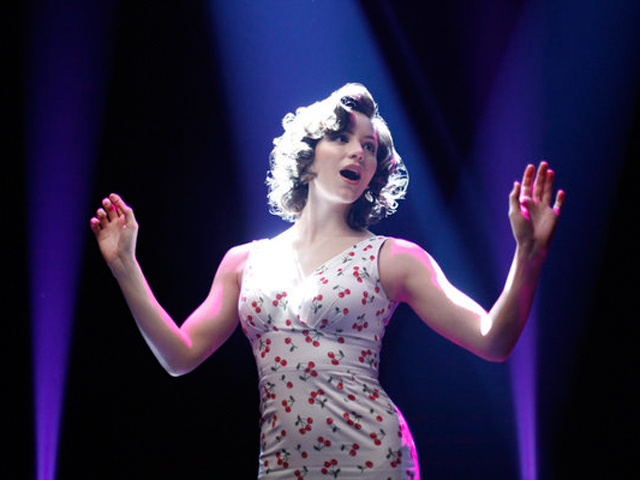 The show revolves around a musical adaptation of the life of Marilyn Monroe, with character's Ivy, played by Megan Hilty, and Karen, played by McPhee, as the top two contenders to play Marilyn.

Originally, because the show is musical, there had been a lot of comparisons to "Glee," but many critics have dispelled that notion.

"'Smash' is surprisingly high-quality drama and entertainment well worth your investment of time and support, and that's the only thing a viewer needs to be concerned about," says the Hollywood Reporter, calling the show "'Glee' for grown-ups."

"It is more adult and it is darker...It's about Broadway instead of high school," says cast member Hilty to E! News about the show's comparisons to "Glee."

Entertainment Weekly's Ken Tucker said, "Based on the premiere, which did the internet version of playing out-of-town try-outs on NBC's website, I think you'd have to say this was one damn lively show with a lot of promise."

The Wall Street Journal's show recap agreed with Tucker, saying "The show seems to have a lot of promise, and the musical numbers dazzled."

Tell us: What did you think of "Smash"?