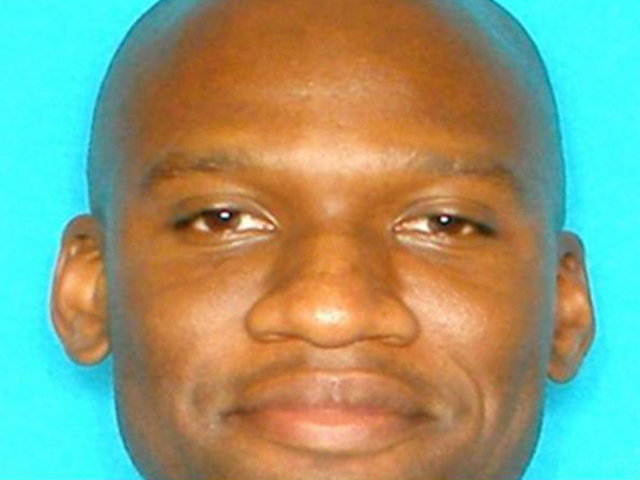 The man believed responsible for 12 deaths in the Washington Navy Yard Monday has had at least two violent, angry encounters that lead to his arrests in Texas and Washington state. In both cases he was arrested, but there was no prosecution by the local jurisdictions.

Local law enforcement had received a harassment complaint from someone in the hotel, and when they tracked down the source of the complaint -- which turned out to be Alexis -- the police wrote in their report of the incident that he was agitated about an "unknown party" of people he had never seen. Alexis said these people had been keeping him awake by "sending vibrations into his body" by "using some sort of microwave machine."

Alexis told Newport Newport police the unknown party had been sent to follow him after he got in an argument in a Virginia airport. He said they were following him around and had been sending voices through the walls and ceiling of the three prior hotels he had checked into in order to escape the harassment. In their report on the incident, police said they tried to find out what the voices were saying, but Alexis wouldn't elaborate. Before parting, police claim Alexis said "he does not have a history of mental illness in his family and that he has never had any sort of mental episode."

According to court records, Aaron Alexis was arrested Sept. 4, 2010, for allegedly firing a gun inside his Texas apartment. At the time he was a Navy reservist stationed in Fort Worth.

According to police reports obtained by The Fort Worth Star-Telegram, Fort Worth police were dispatched after a woman complained that her upstairs neighbor, Alexis, fired a gunshot through his floor and through her ceiling. She told police that Alexis had called police on her several times for making too much noise. She also said he had confronted her in the parking lot a few days before saying she was too loud.

The Star-Telegram reports that the 2010 incident did not result in charges against Alexis but that his landlord at the apartment where he was arrested began eviction proceedings against him and Alexis moved out in November of that year.

The woman told police she was "terrified" of Alexis and believed the shooting was intentional.

Alexis did not open the door initially. When he finally opened the door, he claimed that he was cleaning his gun when it accidentally discharged. He was arrested on a misdemeanor, but prosecutors ultimately did not bring a case against him.

"After reviewing the facts presented by the police department, it was determined that the elements constituting recklessness under Texas law were not present and a case was not filed," Melody McDonald, a spokeswoman with the Tarrant County District Attorney's Office, told the Star-Telegram.

Seattle police released this version of the incident:

At about 8 am that morning, two construction workers had parked their 1986 Honda Accord in the driveway of their worksite, next to a home where Alexis was staying in the Beacon Hill neighborhood of Seattle.

The victims reported seeing a man, later identified by police as Alexis, walk out of the home next to their worksite, pull a gun from his waistband and fire three shots into the two rear tires of their Honda before he walked slowly back to his home north of the construction site.

Officers responded to the scene but were unable to locate Alexis, and no one answered the door at his home.

Detective notes from the incident indicate they made several attempts to contact Alexis by phone and at his work, but eventually found and arrested him outside of his home on June 3rd.

Police then obtained permission to search the home, found a gun and ammunition in Alexis' room, and booked him into the King County Jail for malicious mischief.

Following his arrest, Alexis told detectives he perceived he had been "mocked" by construction workers the morning of the incident and said they had "disrespected him." Alexis also claimed he had an anger-fueled "blackout," and could not remember firing his gun at the victims' vehicle until an hour after the incident.

Alexis also told police he was present during "the tragic events of September 11, 2001" and described "how those events had disturbed him."

Detectives later spoke with Alexis' father, who lived in New York at the time, who told police Alexis had anger management problems associated with PTSD, and that Alexis had been an active participant in rescue attempts on Sept. 11, 2001.

Police referred the matter to the prosecutor's office, but no case was ever brought against Alexis.