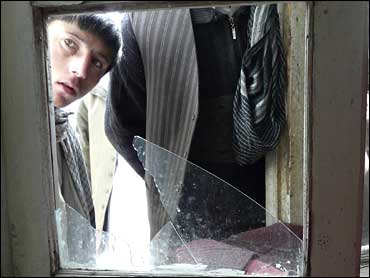 Senior Taliban sub-commander Maulawi Hassan and his associates were killed Saturday in a "precision operation" at an isolated compound in the Kajaki area of southern Helmand province, NATO said in a statement, adding there were no civilians involved.

Helmand chief of police BG Asadullah Shirzad, speaking to CBS News' Fazul Rahim, confirmed that all those killed in the operation were "active" militants.

Southern Afghanistan is the center of the Taliban insurgency, which has made a comeback in the last three years following the group's initial defeat by U.S.-led forces in late 2001.

"Maulawi Hassan was a senior insurgent figure in northern Helmand, and his influence extended into western Uruzgan," the statement said.

Coalition forces have stepped up operations against militants in southern Afghanistan, and the U.S. plans to send thousands of additional soldiers there this year to reverse the Taliban's gains.

On Sunday, a rocket slammed into the main NATO military base in the south, killing a contractor and wounding six others.

Kandahar airfield, the nerve center for the alliance's war effort in southern Afghanistan, has been hit by many rockets in the past but Sunday's death was the first in such an attack, another NATO statement said.

Also Sunday, two NATO soldiers were killed in a "hostile incident" in the same region, a third NATO statement said, without releasing the soldiers' nationalities or the exact location of the attack.

Speaking to 60 Minutes correspondent Steve Croft, President Obama said Sunday that sending additional U.S. troops to Afghanistan must be part of a comprehensive strategy that includes an exit plan.

"What we can't do is think that just a military approach in Afghanistan is going to be able to solve our problems," Mr. Obama told Croft. "So what we're looking for is a comprehensive strategy. And there's got to be an exit strategy. There's got to be a sense that this is not perpetual drift." (Click here for Croft's full report.)

Mr. Obama's comments were a prelude to a revamped plan for fighting insurgents in Afghanistan and Pakistan that is expected to be announced this week. On Friday, a military official said the overhauled U.S. strategy would call for new garrisons in far-flung Afghan communities to better hold off the Taliban.

Mr. Obama's plan covers the next three to five years, with the goals of containing the insurgency, heading off the possibility that it could topple Afghanistan's fragile central government and providing enough security for Afghan citizens that they reject the insurgents of their own accord, the official said Friday. He spoke on condition of anonymity because the review was not complete.

In the interview, the president said the most difficult decision he's had to make in his 2-month-old presidency was to send more troops to Afghanistan, which he decided before completion of a strategic review on the region.

"When I make a decision to send 17,000 young Americans to Afghanistan, you can understand that intellectually, but understanding what that means for those families, for those young people when you end up sitting at your desk, signing a condolence letter to one of the family members of a fallen hero, you're reminded each and every day at every moment that the decisions you make count."

As President Obama plans to send more U.S. personnel to Afghanistan to boost security and diplomatic efforts, more contractors are preparing to deploy, too.

The planned military and civilian surge is stoking a surge of private security contractors - despite a string of deadly shootings in Iraq in recent years that has called into question the government's ability to manage the guns for hire.

In recent online postings, the military has asked private security companies to protect traveling convoys and guard U.S. bases in troubled southern provinces such as Helmand and Kandahar. And if truckers hired to transport fuel for the military want protection, they can hire their own armed guards, the military says.

The Bush administration expanded the use of such companies with the onset of the wars in Iraq and Afghanistan because it can save the military time and money. But the practice lost much of its appeal with Congress after September 2007, when five guards with what was then called Blackwater Worldwide (the company recently changed its name to Xe) opened fire in a crowded Baghdad square and killed 17 Iraqis.

Those killings followed a 2006 incident in which a drunken Blackwater employee fatally shot an Iraqi politician's bodyguard.