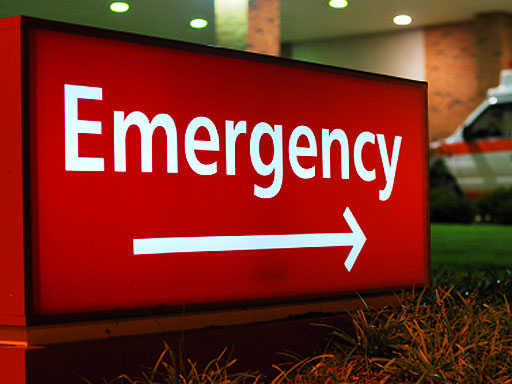 (CBS/AP) How good are America's hospitals? New research shows that the nation's worst hospitals treat twice the proportion of elderly black patients and poor patients than the best hospitals - and their patients are more likely to die of heart attacks and pneumonia.

PICTURES - America's best hospitals: Where to go for 16 common conditions

These hospitals - mostly in the South - may be at risk for financial failure, too. That's because the new health care law punishes bad care by withholding funding, says the lead author of the study, which was published Wednesday in the journal Health Affairs.

"These hospitals are going to have a much harder time in the new funding environment," said study leader Dr. Ashish Jha of the Harvard School of Public Health. "I worry they're going to get worse over time and possibly even fail. I worry that we're going to see a bunch of that happening over the next three to five years."

Under the Affordable Care Act, hospitals that don't improve will see their Medicare payments shrink by 1 percent starting in October 2012. That may jeopardize some hospitals already on the brink of closure, Jha said.

Which hospitals were deemed worst? The study didn't name the 178 bottom-rated institutions. A data use agreement with Medicare prevented the researchers from identifying the hospitals publicly.

The study found 122 "best" hospitals with high quality and low costs. Compared to the worst hospitals, these institutions were more likely to be in the Northeast, to be nonprofit and to have cardiac intensive care units.

Elderly blacks made up 15 percent of patients in the worst hospitals and about 7 percent in the best hospitals. There were similar differences for people on Medicaid, the state-federal health program for the poor. Worst-hospital patients with heart attacks or pneumonia were more likely to die than similar patients at the best hospitals.

Medicare chief Don Berwick called the study "valuable but not completely new." He said the federal government is working to help all hospitals improve.

"We know they can improve," even if they treat sicker or disadvantaged patients, Berwick said. "There are examples of safety net hospitals that are some of the best in the country." He cited Denver Health, which has low death rates despite treating a large share of poor patients.

"If I were talking to safety net hospitals, I would say, `I know it's hard. Here's some help, and if you start (improving), you'll get rewarded for starting,"' Berwick said.

To condct the study, researchers used data from six sources to determine which hospitals were worst and best. They divided the hospitals into four 0groups for quality of care and divided them again into four ranked groups for cost.

"What can we do to take the lessons from the high-performing institutions and help the low performers improve?" Jha asked. In markets outside of health care, business closures don't so directly affect people's survival, he said, but "here, there are tens of thousands of lives at stake."

With the health law's expansion of insurance in 2014, patients may have more choice in hospitals. But few patients use tools like Hospital Compare to find the best ones nearby, Jha said. Hospital Compare is a government website that rates how hospitals measure up to certain standards, such as giving heart attack patients aspirin.

Nancy Foster of the American Hospital Association said the group is worried about whether the new funding formula jeopardize safety net hospitals but believes all hospitals can improve.

"There's no hospital in the country right now that doesn't want to do the best for the patients it serves," Foster said. "That's where research comes in and sharing of good results on how to improve."